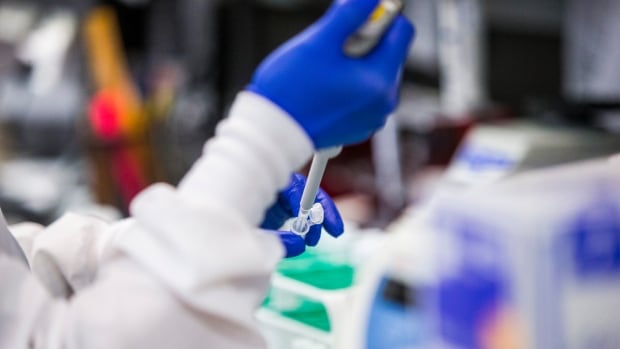 There are 110 new COVID-19 cases and one more death from the coronavirus in Manitoba on Friday, health officials say.

The Manitoban who died was a woman in her 40s from the Winnipeg health region. There have now been 838 COVID-19 deaths in Manitoba.

“Of course, we’re working hard in certain areas of the Northern Health Region to bring down the numbers that we’re seeing.”

There are 3,353 known active COVID-19 cases, provincial data says, although health officials have said that number may be inflated due to a backlog in data entry.

Manitoba’s five-day test-positivity rate sits at six per cent Friday; that rate is down to 3.5 per cent in Winnipeg, the release says.

The COVID-19 outbreak at Dauphin Regional Health Centre in Dauphin, Man., has been declared over.

On Thursday, Roussin and Premier Brian Pallister announced they are considering new public health orders that could allow many services, businesses and activities to reopen.

The province’s COVID-19 curve has been bending in the right direction, which means it’s time to look at further reopening the economy, Pallister said Thursday.

The province is floating the idea of allowing restaurants, tattoo parlours, gyms, nail salons, libraries and places of worship to reopen with limited capacity. It also is considering increasing capacity for weddings to 10 and enabling the film industry and photographers to resume work.

Organized outdoor sports may be allowed to resume games and practices but not multi-team tournaments.

An online survey has been launched to gauge public opinion.

Any further reopening will include all of Manitoba, Roussin said Friday, but the province will remain under code red despite any loosening of restrictions.

“We’ve been here before,” Roussin said.

Only a small portion of the province’s population has been vaccinated for COVID-19, and variant strains of the novel coronavirus — first reported in the United Kingdom and South Africa — have been reported in neighbouring provinces, so Manitobans must still be cautious, he said.

Those variants of SARS-CoV-2, the virus that causes COVID-19, are more transmissible — and potentially more deadly — than the original strain.

There have been no cases of a variant in Manitoba to date, said Roussin.