Manitoba’s top doctor says strict restrictions will have to continue into the new year as the province continues to announced triple-digit daily cases of COVID-19 and multiple deaths.

Thirteen more people have died from COVID-19 in Manitoba, as the province announced 245 more cases Tuesday.

That brings the total number of Manitobans who have died with the virus to 420.

The deaths include a man in his 40s from the Winnipeg region, a man in his 90s linked to an outbreak at the Misericordia Health Centre’s transitional unit and nine related to outbreaks at personal care homes and assisted living facilities.

As of Tuesday, 311 people are in the hospital with the virus, down just one since Monday, with 38 of them in intensive care. Roussin said he didn’t have updated numbers on ICU capacity but said the health care system continues to be strained. 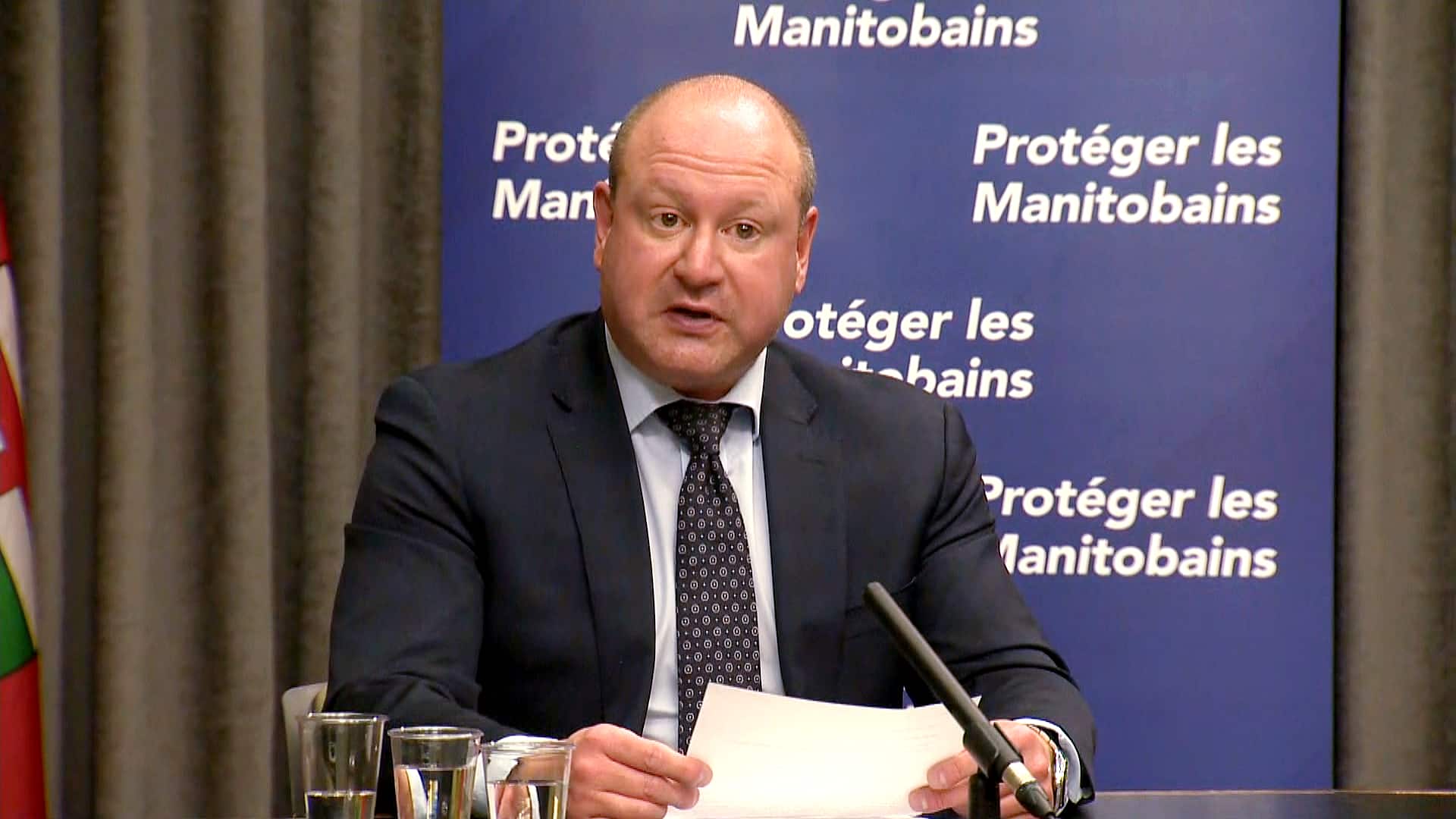 The province’s current test positivity rate is 13.3 per cent and Winnipeg’s rate is 13.9 per cent.

Most of the new cases are in the Winnipeg area, where 126 new cases were reported.

The latest update came the same day Premier Brian Pallister and Chief Roussin announced that Manitoba’s strict public health orders will be extended past Christmas and into the new year.

However, officials said the current health orders will be adjusted to allow drive-in church services, thrift stores to open, and the sale of Christmas and other holiday items, among other changes to services and retail that can be offered in person.

Roussin acknowledged that the orders have been challenging for some, and will make the holiday season look much different than years past.

“But we know that we require these restrictions based on the current numbers,” he said.

“We need to keep our health-care system open for for everyone who needs it, we need to continue to stay home as much as possible, and that’s to protect the most vulnerable and to ensure our health care system can be there to provide that much-needed care.”

Roussin said while the news about COVID-19 vaccines is offering a “glimmering light” that the pandemic will eventually be over, it doesn’t change the need to adhere to public health orders now.

“With high levels of compliance, we can start to get back to some of the activities we enjoy,” he said.

On Monday, it was announced that the first shipment of a vaccine expected to be approved by Health Canada this week is due to arrive in Manitoba in limited quantities next week.

A provincial health order that put all of Manitoba into code red under the province’s pandemic response system came into effect almost a month ago.

The provincewide order ushered in widespread closures in an attempt to curb the spread of the coronavirus, though those closures failed to stave off a crush of triple-digit daily cases and hundreds of deaths and hospitalizations in the past month. The lack of progress prompted even more stringent restrictions that were put in place Nov. 21.

Daily cases appear to have plateaued recently in the 300 to 400 range. The same goes for provincial test positivity rates, which have hovered around 13 per cent lately.

Tuesday’s numbers bring the total amount of COVID-19 cases since the pandemic began to 19,376.

The province says that 5,379 of those cases are considered to be active, though officials have said a data entry backlog may inflate that number.