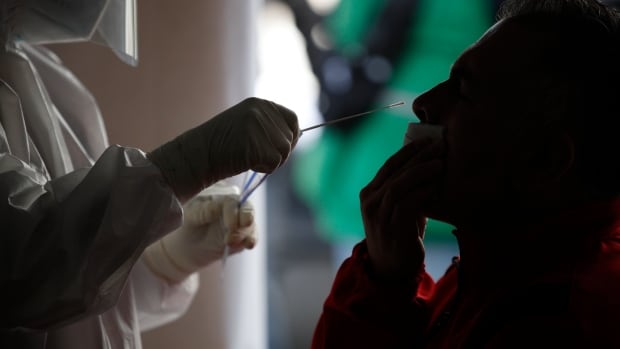 There are 180 new COVID-19 cases in Manitoba on Saturday and two more people have died from the illness, the province says in a news release.

Manitoba’s five-day test positivity rate increased slightly to 10.2 per cent, up from 10 on Friday. In Winnipeg, that rate dropped from 7.2 per cent on Friday to seven per cent.

The update comes one day after the provincial government asked people for their input on the possibility of lifting some pandemic restrictions next week.

Manitoba’s current public health orders banning most gatherings and the sale of non-essential goods are set to expire on Friday.

Just under half the new cases on Saturday — 83 — are in the Winnipeg health region, the release says. There are also 69 new cases in the Northern Health Region, which has seen a sharp uptick in new cases this week due to outbreaks in several communities, health officials have said.

The remaining new cases are spread out between the Southern and Interlake-Eastern health regions (with 10 each) and the Prairie Mountain Health region (with eight).