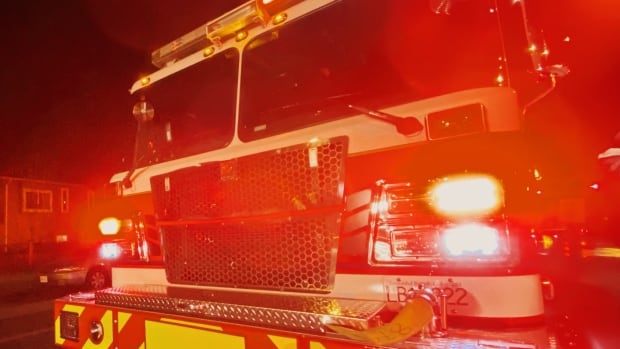 Two people were sent to hospital and a dog was rescued after a house fire Sunday night near Health Sciences Centre in Winnipeg.

Emergency crews were called around 9:30 p.m. to the two-storey home on McDermot Avenue, between Tecumseh and Arlington streets.

When they arrived, they could see smoke coming from the home and helped get two people out. They were later reported to be in stable condition in hospital.

A number of other people had already gotten out of the house before crews arrived. Fire crews also rescued a dog and reunited it with its owner.

The fire was declared under control at 10:17 p.m. No damage estimates were available.

The cause is under investigation.