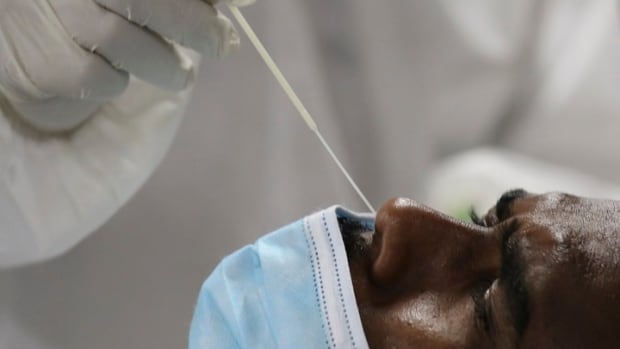 There are 276 new COVID-19 cases in Manitoba on Saturday and one more person has died from the illness, the province said in a news release.

More than half the new cases are in the Winnipeg health region, which reported 159 infections and a five-day test positivity rate of 12.7 per cent — down from 13 on Friday.

Manitoba’s latest death linked to the illness was a woman in her 60s from the Prairie Mountain Health region who died after getting the more contagious B.1.1.7 coronavirus variant. Her death brings the province’s total from COVID-19 to 1,072.

A COVID-19 outbreak has been declared at Salem Home in Winkler, the release said.

There are now 333 Manitobans hospitalized after getting COVID-19, including 102 in intensive care units.

Sixty-three of those patients are still in hospitals across the province, while another 39 are in ICUs outside Manitoba: 36 in Ontario, one in Saskatchewan and two in Alberta, the release said.

A total of 14 Manitoba COVID-19 patients who were previously moved out of province for critical care have since been brought back, including one returned to Manitoba on Friday.

Manitoba has now identified 52,531 COVID-19 cases since the pandemic began last year. To date, 47,345 people are considered to have recovered and 4,114 cases are still deemed active.