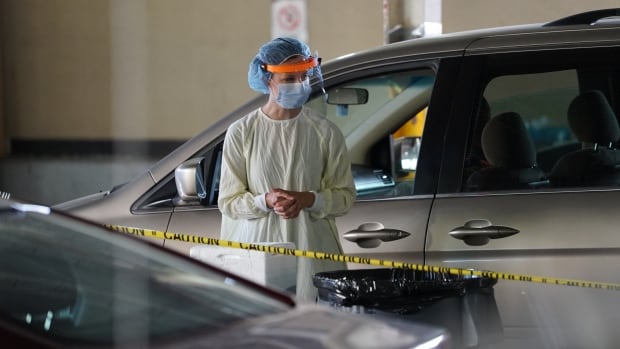 There are three more deaths and 222 new cases of COVID-19 in Manitoba on Sunday, the day after the province loosened restrictions in the southern half of the province.

For the second day in a row, more than half of the new cases — 116 — are in the north, a provincial news release said.

The remaining cases are in the Winnipeg (61), Prairie Mountain (22), Interlake-Eastern (20) and Southern (three) health regions.

The five-day test positivity rate — a rolling average of the number of tests that come back positive — jumped to 10.6 per cent provincially, up from 9.8 per cent the day prior. In Winnipeg, that rate is 6.4 per cent, down slightly from 6.5 per cent on Saturday.

The number of Manitobans in hospital is also increasing, according to provincial data. On Sunday, there were 278 people in hospital, up by five from the day before. There are 42 people with COVID-19 in intensive care, which is up from 40 the day before.

Of the deaths linked to the novel coronavirus, all are linked to existing outbreaks, including:

The total number of deaths due to COVID-19 in Manitoba is now 799.

The northern region, including the town of Churchill, was excluded from an easing of some of the province’s strict pandemic restrictions, which came into effect for the rest of Manitoba Saturday, following recent drops in case numbers.

Two designated visitors are now allowed for each household, and group of up to five can gather outdoors on private property.

Retailers are allowed to sell non-essential items in-store again, and barbers and hair stylists are able to go back to work.

On Saturday, 216 cases of the virus were reported. Of those, more than half — 118 — were in the Northern Health Region, which has seen a worrisome spike recently.