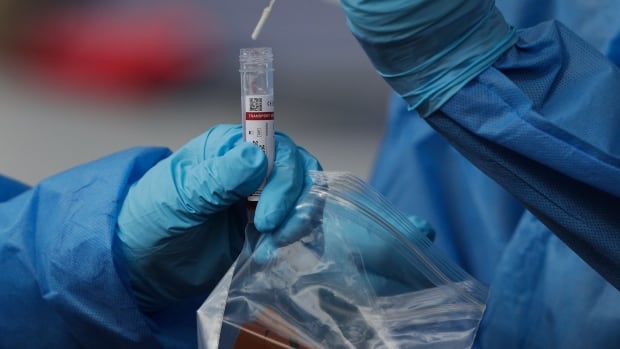 There are 80 new COVID-19 cases in Manitoba on Sunday and five more people have died after contracting the illness, the province says.

Four of Manitoba’s latest deaths, which bring the province’s death roll to 871, are from the Winnipeg region, the release says.

A woman in her 80s and two in their 90s (including one linked to the Charleswood Care Centre) as well as a man in his 90s (linked to the Concordia Place Personal Care Home) have died.

A man in his 70s linked to Kin Place Personal Care Home in Oakbank has also died, the release says.

There are now 226 COVID-19 patients in hospital in Manitoba, down by four from Saturday. Twenty-six of those people are in intensive care, the release says, down by two.

One previously announced COVID-19 case was removed from Manitoba’s total because of a data correction, the release says, bringing the province’s total number of cases to 30,766.

Of those, 28,276 people are considered recovered, while 1,619 cases are still deemed active, though officials have said that number is inflated by a data entry backlog.

There were 1,580 COVID-19 tests done in Manitoba on Saturday, bringing the total number of swabs completed since early last February to 500,840, the release says.

Some test site locations will be closed for Louis Riel Day on Monday, while others will have reduced hours. That information is available on the province’s website.

Monday’s regularly scheduled COVID-19 news bulletin and media briefing will be pushed forward to Tuesday because of the holiday, the release says.