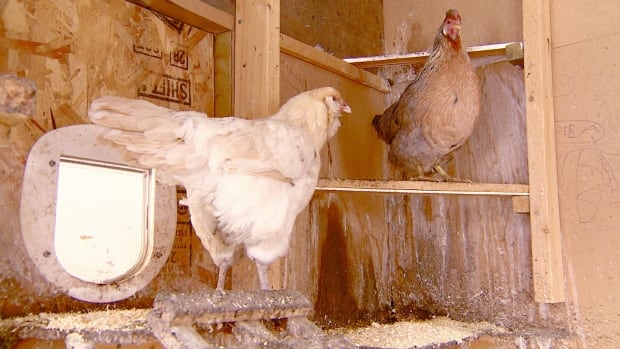 The threat of avian influenza has led Mayor Brian Bowman’s inner circle to claw back a plan that would have allowed some Winnipeggers to keep chickens in their back yards.

City council’s executive policy committee voted 4-3 on Wednesday afternoon to delay an urban-poultry pilot project that would have allowed chickens to be kept on 20 Winnipeg residential properties for two years.

The plan had already been approved by council’s protection, community services and parks committee. But it came before EPC the same day Manitoba Agriculture officials confirmed the presence of highly pathogenic H5N1 subtype of avian influenza.

Two snow geese collected in southwestern Manitoba and one bald eagle found near Dauphin tested positive for the virus, which has led to the death of migratory birds.

On Wednesday morning, Dr. Jonas Watson, a veterinarian who chairs the Winnipeg Humane Society’s board, told EPC he was puzzled the city considered approval for back-yard poultry during what he called “the most significant outbreak of highly pathogenic avian influenza in modern history.”

“To even consider we would be talking about bringing back-yard poultry to the City of Winnipeg right now, it would be like proposing the opening an outdoor seafood market and bat-meat restaurant in downtown Winnipeg in March of 2020,” he told EPC during a video address. “I mean, it’s just crazy.”

Then at news conference on  Wednesday, Dr. Scott Zaari, Manitoba’s chief veterinary officer, called on hobby farmers who keep small flocks of poultry to “confine their birds indoors if at all possible” during the spring bird migration.

Poultry must be kept indoors, he said, in order to ward off “a high probability of contact with wild birds that may be contaminated with avian influenza.”

On Wednesday afternoon, Coun. Markus Chambers (St. Norbert-Seine River) moved a motion to put off the urban poultry pilot project for one year and have city officials report back then with “with an update on the status of avian influenza” and recommendations for a new back-yard chicken plan.

Elected officials will get one more crack at the poultry plan on April 28, when all 16 members of council have a say.

EPC approved other changes to Winnipeg’s pet bylaw, including a plan to eliminate a ban on specific breeds of dogs, such as pitbulls. That too was approved by a 4-3 margin, with Bowman, Browaty and Mayes voting to keep the ban.