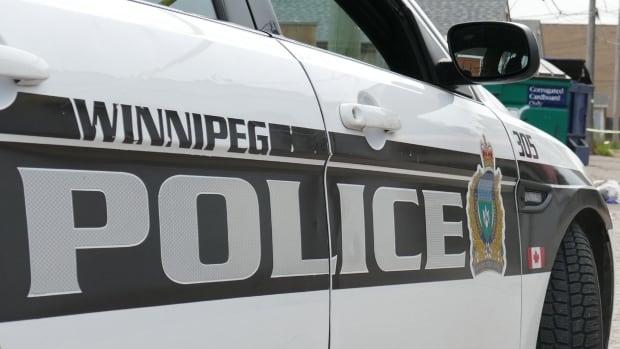 A mother was briefly dragged and her infant was knocked over in a stroller while trying to prevent her purse from being stolen in front of a Winnipeg public library.

According to police, the mother and child were in the entranceway of the St. John’s library at the corner of Salter Street and Machray Avenue when they were confronted around 2 p.m. Friday by two males.

One of the attackers grabbed the purse and dragged the woman as she was still hanging on. That’s when the stroller was knocked over as well.

The two males ran off but returned to the area moments later, realizing they had the woman’s car keys. Just as they located the car and were getting inside, some nearby construction workers ran to the scene and tried to stop the theft.

One of the males pulled a gun and pointed it at the workers, who backed down. The males then sped off in the stolen vehicle, police said.

Neither the woman or the child required any medical attention, police said.

Typically, police discourage bystanders from getting involved in potentially dangerous situations but “people will often still choose to help when needed, even if this decision puts themselves in harm’s way,” said spokesperson Const. Dani McKinnon.

The construction workers might have witnessed the original robbery but didn’t have a chance to intervene. However, they did when the two males returned, McKinnon said.

“It sounds like this was a very fluid scenario. [It was also] a very vulnerable situation with the victim’s young baby present.”

The following day officers spotted the vehicle being driven not far from where the carjacking occurred. The officers attempted a traffic stop and as the vehicle slowed down, one person jumped out and ran.

The officers ran after him and caught up, taking him into custody.

A 16-year-old boy has been charged with armed robbery, possession of stolen property and operating a vehicle while prohibited.

McKinnon could not say if the teen was the driver or passenger in the vehicle the day he was arrested. The vehicle has been recovered, but the other male has not yet been located.