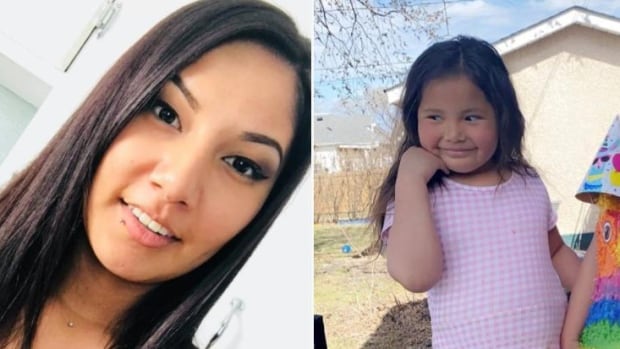 Brandon police are asking the public for help to find a missing woman and her daughter who haven’t been seen since Thursday.

Amanda Orgeron-Apetagon, 26, was last seen picking her five-year-old daughter Mia Orgeron-Meeches up from daycare on Thursday, police said in a news release on Sunday.

Amanda missed her shifts at work on the weekend, and efforts to reach her by phone and social media have been unsuccessful. Amanda and her daughter are not at home.

Amanda drives a red Kia Sportage, Manitoba license KTB 457, and she is believed to be using the car.

Family members believe they may have gone to the Portage la Prairie area or Winnipeg.

Police are asking anyone with information to contact the Brandon Police Service at 204-729-2345, their local police agency or Crimestoppers.