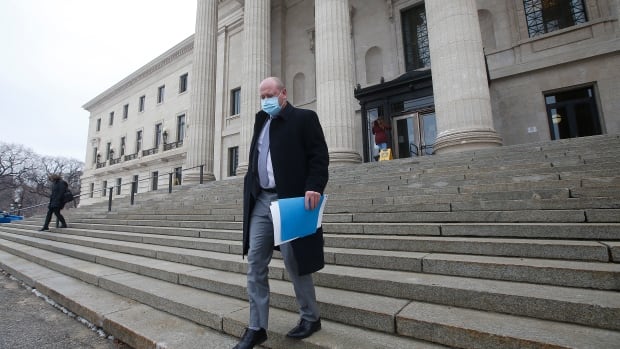 Dr. Brent Roussin will hold an extra news conference after the province confirmed it would not restrict gatherings to a single household when new pandemic restrictions took effect on Thursday — contrary to statements Roussin made earlier this week.

CBC News will live stream the chief provincial public health officer’s news conference here at 12:30 p.m. The briefing comes in addition to his three regularly scheduled news conferences, which this week were slated for Monday, Tuesday and Friday.

The ban on social gatherings was among the most severe of the new rules that were set to become law as of Thursday, when all Manitoba communities that were not already in the critical red zone joined Winnipeg and other areas at the highest level of the province’s pandemic response system.

Late Wednesday, Roussin suggested there would be no way to enforce the household-only gathering rule.

The new pandemic response rules come as Manitoba continues shattering records and reporting daily COVID-19 cases in the hundreds. On Wednesday, the province announced a record-high nine new deaths linked to the coronavirus, and its highest-ever hospitalizations and test positivity rate.

Health officials in Manitoba are also working to create more spaces for people with COVID-19 and their close contacts to self-isolate, as cases continue rising quickly.