The praise being heaped on essential workers during the pandemic won’t translate to an early vaccination in Manitoba — at least, not yet.

The province’s plan, which specifies who is getting a COVID-19 vaccine and when, is omitting essential workers and people with high-risk health conditions.

“Our members have heard the complimentary things that have been said, but what they’re looking for really now isn’t another pat on the back, it’s a shot in the arm,” Bedford said.

Manitoba is currently providing its first vaccines to personal-care home residents, health-care workers and people at risk on First Nations.

Soon, the province will deliver vaccines to communal-living situations such as housing for migrant workers and homeless shelters.

In March, the province will begin vaccinating everyone else. The multi-month campaign will start from the oldest adults to the youngest.

However, the province is making no exceptions for essential workers who are regularly in close contact with people ranging from teachers to grocery store workers.

“But what we’re asking is: Let’s follow the lead of Ontario, let’s get those education workers next in line.”

Ontario is planning to inoculate essential workers, including teachers, starting in April.

Earlier in the pandemic, the union worked with the province to distribute pay bumps to essential workers, but now the people once deserving of risk recognition pay are not high on the vaccine list.

“There was an assumption that because I received this extra pay — because I’m told I have to go to work every day when everybody else is being asked to stay home — that when it came time for vaccinations we’re going to be on that list somewhere ahead of the general public,” Traeger said.

The province said Wednesday it might add essential workers to the priority list if it receives more vaccine supply. Health officials will also consult with stakeholders over the next months to decide who should be eligible if the province decides to expand its criteria.

“We have folks working in our retail grocery and our food processing plants and in security who are young folks that … have a much higher risk of exposure to the public on a daily basis.”

The province is also not prioritizing people  in the wider community  living with compromised immune systems or other underlying health conditions. 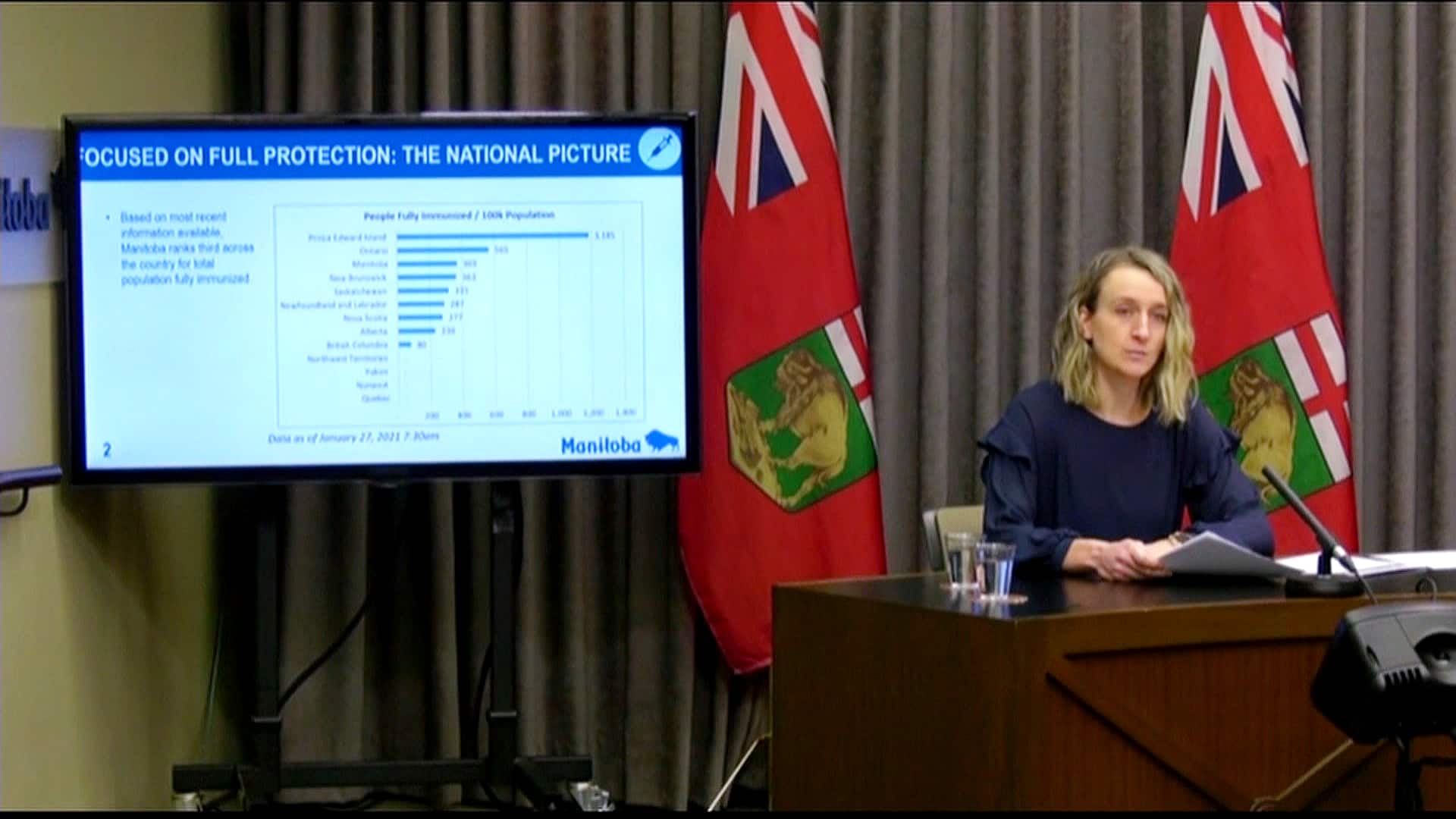 Dr. Joss Reimer on why essential workers, people with severe health conditions are not included in this vaccine roll out. 1:19

Manitoba is using age as the deciding factor of who gets vaccinated first, and Dr. Joss Reimer, medical lead for Manitoba’s vaccine implementation task force, says that strategy is a strong indicator for health outcome.

“When you do an age-based approach, not only do you capture people based on their age alone, but you capture most of the people with those health conditions that lead to the severe outcomes as well,” Reimer told reporters on Wednesday.

However, Dr. Kelly MacDonald, a vaccine researcher and research chair into infectious diseases, says Manitoba shouldn’t use age as its only metric.

“Certainly elderly people are statistically at higher risk, but it’s like saying we’re only going to consider one variable and ignore all the others,”  MacDonald said. “There’s no reason why we can’t consider other variables.”

MacDonald says it appears the province is devising the simplest possible solution, potentially to prevent some people from claiming they have a major health problem when they don’t.

Christa Taylor, 57, learned of the vaccination priority list Wednesday after grocery shopping. Right away, she felt she shouldn’t get the shot before people with health concerns.

“I’d rather see someone with asthma or lung condition go ahead of me, for sure,” she said.

Other shoppers outside the Northgate Shopping Centre were also happy to wait.

“I’ll have [the shot] yesterday if it’s here, but I’m willing to wait my turn,” said Nick Inocencio, who is in his 50s.

Once it’s his chance, Norm Kudlak, 76, joked he’d stand in line for a vaccine like he was buying tickets to a rock concert.

“Maybe the restrictions will be relaxed a bit then [and] we can do more socializing,” he said. “I miss walking around. I miss seeing everybody.”