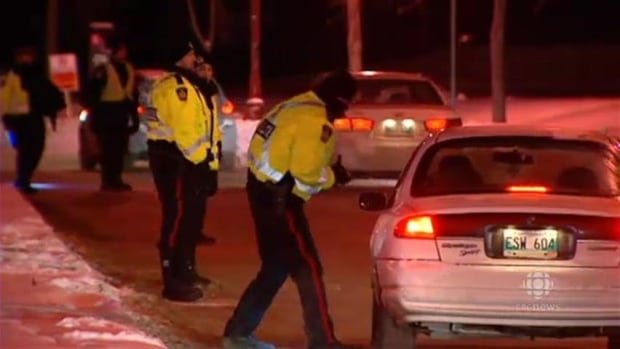 You better watch out, you better not … drink and drive. Despite a ban on Christmas parties, and bars being closed due to COVID-19, the Winnipeg police checkstop will be out this holiday season, although a little differently.

Rather than setting up defined checkpoints and pulling over lines of vehicles, officers will be out in force throughout the city keeping an eye out for impaired drivers.

Even though public health orders have clamped down on social gatherings, the police continue to see incidents of impaired driving, said Const. Rob Carver.

Between Dec. 1-15, nine adults aged 25 to 41 were charged with impaired driving offences and many of the incidents occurred during morning and evening rush hour, he said, adding that is particularly concerning as more people are out and about at that time.

All of the impaired drivers had a blood alcohol concentration of at least twice the statutory limit, with the worst offender having more than three times the limit, Carver said.

Four of the recent incidents also involved crashes with drunk drivers but there were no serious injuries, he said.

Last Christmas season, the checkstop program pulled over 1,373 vehicles and conducted 1,191 roadside breath tests. Of those, 33 people were charged with offences related to impaired driving — 29 by alcohol and one by drugs.

Police are urging people, who do happen to tip a few back, to take advantage of taxis and ride-sharing services.

Operation Red Nose, the non-profit service that offers safe rides home for party-goers, is not operating this year due to COVID-19.