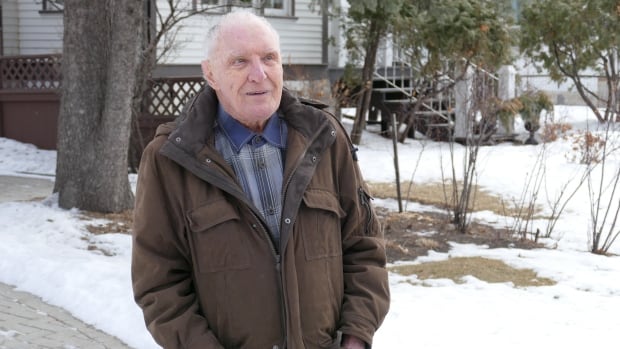 Seniors in Manitoba want a clear message and no confusion over when it’s their turn for the COVID-19 vaccine.

Peter Hanlon, 87, had been carefully reading the newspaper for days so he could book an appointment for his 91-year-old wife as soon as she was eligible. He recently found out from family that her age group was called Monday.

“It was a shock to find out that we had missed it,” he said. His wife, Irene, was also surprised.

They’ve since booked an appointment for her to get the vaccine next week.

“I’m assuming that I’ll be called next,” said Hanlon, who felt concerned and confused about where to find the information.

“I don’t know where to go, really. I’ve looked at the Government of Manitoba [website] and I’ve looked at CBC.ca but I would have to look at those websites every single day, and I’m not prepared to do that even though it is important. I’ve got other things to do,” he said.

As of Wednesday, all Manitobans age 89 and older and First Nations people 69 and older are eligible for the vaccine. The province isn’t prioritizing immunocompromised people, citing research that says age is the best predictor of outcomes.

Regardless of the amount of vaccine the province gets, people 80 and over are expected to get vaccinated between March 15 and May 14. The province started with those 95 and over — several thousand people — on Feb. 24 and is working its way down in one-year increments.

Every couple of days for the past eight days, the province has updated who can get the vaccine, sharing the information in news bulletins online, at news conferences and on social media.

Until recently, the eligibility criteria was based on birth date, with the cutoff being Dec. 31 of a given year. But in news conferences, officials talked about the criteria by age, even though some people that age were missing the cutoff by a few weeks because their most recent birthday was in 2021.

On Wednesday, the province change the process to instead look at how old a person is on the day an appointment is booked.

“It’s an overload of information,” said Hanlon, who would like to see the eligibility criteria on the first or third page of the Winnipeg Free Press every day.

“Ideally on Page 3 … but I’ve never seen such an announcement there, so I’m in a quandary.”

I would argue the province has responsibility to ensure the public is informed.– Winnipeg Free Press editor Paul Samyn

Paul Samyn, editor of the Winnipeg Free Press, said important information about the pandemic can always be found on their platforms and within stories, whether online or in print. He can’t promise the age eligibility will be listed on the third page of the newspaper.

“I would argue the province has responsibility to ensure the public is informed,” he said.

“Is the Manitoba government ensuring the citizens know where to go and when it’s their turn? Are they getting that information in ways they can understand? I’ll bet you the province is putting a lot of ads on Facebook, but I’m not sure a lot of 90-year-olds who call us are seeing those ads.”

Hanlon feels the province is faring poorly on how information is being relayed to seniors and wants them to put ads in the newspaper listing eligible vaccine age, dates and the number to call.

“I think it’s a little confusing for people because they pack so much information into a short timeframe,” said Trish Rawsthorne, a former nurse who advocates for seniors.

She said seniors like to listen to the radio, so that should be a prioritized platform for important vaccine information.

She directs seniors to the provincial calculator so they have an idea of when they’ll be eligible and how many are in line before them. Provincial news briefings can be frustrating when the media are given a technical briefing beforehand, but the public isn’t, especially when reporters ask informed questions, she said.

“It leaves people wondering, “Where did they get this?”

A year of “stay home” messaging has made some seniors reluctant to go to the RBC Convention Centre supersite to get the shot, even if they’re eligible, she said.

“Those people need to get vaccinated in their own community. Let’s use community centres, let’s use churches, let’s use all the common places where people do get to, or let’s use the mobile clinics that they mentioned before,” she said.

Hanlon is happy his wife got the shot and glad his family gave him the heads-up. He hopes he gets the message when it’s time for 87-year-olds to get the vaccine.

“I’m not worried about soon, as long as I get it. And as long as I find out about it so I can go and get it.”