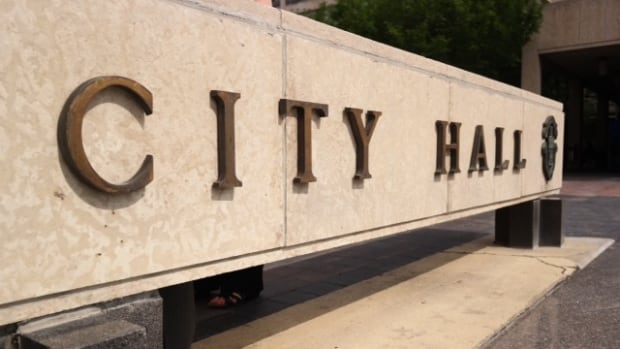 The City of Winnipeg’s 2021 preliminary budget is a document laden with COVID-19-related expenses and revenue shortfalls, but a generous dollop of federal cash will soften some of the blow in the short term, and ensure the city’s books are balanced.

Property taxes face a predictable 2.33 per cent increase, dedicated to road improvements and transit, as per Mayor Brian Bowman’s pledge when he won his second term in 2018.

Bowman was blunt about the reality of preparing a budget under the current circumstances.

“If you want a challenge, try balancing a budget in the middle of a global pandemic,” he told reporters Friday just before the documents were tabled.

The tax hike means homeowners will pay on average approximately $42 more in 2021, and the city estimates it will spend $152 million on road repairs and upgrades.

There are funds set aside for improvements to library and recreation facilities, and for the city’s urban forest enhancement program.

The COVID-19 pandemic has created an estimated shortfall of $61 million for the city this coming year — mostly from losses in Winnipeg Transit and permit revenues, decreased facility use, and increased costs for personal protective equipment and sanitizing supplies.

However, those losses and costs are offset by a $74.5 million dose of funding from Ottawa’s Federal Safe Restart program.

That is split into $42.2 million for COVID-19 operating costs and $32.3 million to cover losses from decreased ridership on public transit.

Some of that cash will cover anticipated losses of $7.7 million for the Winnipeg Parking Authority, due to lower revenues.

The budget has targeted some money to help businesses withstand the financial blows created by the pandemic.

The city has set aside $3 million for a COVID-19 economic support grant program to assist small businesses and not-for-profit organizations that have suffered a revenue decline.

The city plans to extend the timeline before penalties kick in on late payments of property and business taxes. As well, the preliminary budget proposes increasing the small business tax credit threshold from $35,700 to $44,200. As many as 1,000 businesses may benefit and wouldn’t pay any tax, the city says.

Councillors may also each get a $40,000 one-time ward allocation from the federal restart funding for a “wellness support” grant program to address physical, mental, emotional and spiritual distress caused by the pandemic.

Finance chair Coun. Scott Gillingham (St. James) acknowledged the federal government played a huge part in how the budget was set this year.

“It would have been very, very difficult,” to balance the budget, as required by provincial legislation, without the federal money, he said.

“Could it have been done? Possibly. But it would have put us in a very difficult — I would say precarious — position going into 2021, still facing a pandemic.”

The city would have been obliged to draw deeply from its fiscal stabilization fund, Gillingham said.

Most city departments, such as the Winnipeg Fire Paramedic Service, will see modest increases in funding.

The police service, though, is being tapped to find $15 million in savings over the next three years to make up half of the $30 million the city had hoped to save by reducing in police pensions — a reduction that an arbitrator ruled breached the police union’s collective bargaining agreement.

Bowman says work has gone on in collaboration with police Chief Danny Smyth to find those savings.

“Our chief has said these are achievable over the next three years, and obviously they will have to find it within the service,” Bowman said.

The budget proposes the city purchase five fewer transit buses than planned, and reduce bus service by six per cent from regular service levels in 2021. It’s not expected at this point that that reduction will result in any staff layoffs.

To help balance the books, the city is expecting to borrow just over $15 million for 28 capital projects instead of using cash, and will do the same for $2.8 million in Winnipeg Transit expenses.

The budget also says the city will see $12 million in savings from a recently negotiated collective agreement with the Winnipeg Association of Public Service Officers, and hopes to find a further $16.3 million in future labour settlements.