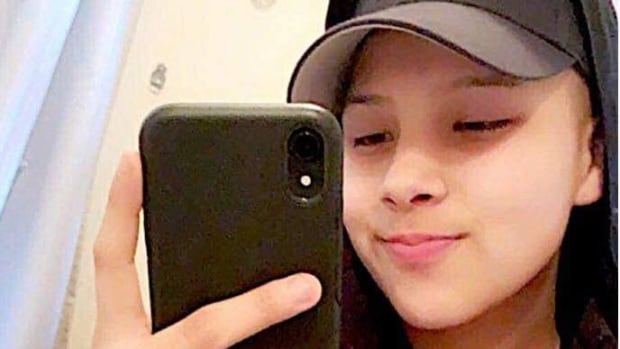 Manitoba’s chief medical examiner has called an inquest into the death of Eishia Hudson.

Hudson, a 16-year-old Indigenous girl, was shot by a Winnipeg police officer last April following a pursuit, in which police say she drove a vehicle involved in a liquor store robbery in Winnipeg’s Sage Creek neighbourhood earlier that day.

She was sent to the Winnipeg Health Sciences Centre where she was pronounced dead.

The inquest will examine the circumstances surrounding Hudson’s death.

An autopsy determined the cause of death to be a gunshot wound to the torso, according to a news release issued by the office of the chief medical examiner Friday.

Per the Fatality Inquiries Act, an inquest can be called if the chief medical examiner, Dr. John K. Younes, has reason to believe the person died as a result of use of force by a peace officer acting in the course of duty.

An inquest can also be called if, at the time of death, a person was in custody of peace officer.

A judge in an inquest submits a report and can recommend “changes in the programs, policies and practices of government” that may help prevent similar deaths from happening in the future, according to the provincial court. However, the inquest process cannot determine culpability with respect to a death, the province says.

Information about when and where the inquest will take place will be determined by the chief judge of the provincial court of Manitoba and released later.

The Independent Investigation Unit of Manitoba, the province’s police oversight agency, announced in January it would not charge the officer involved in the shooting, following an investigation.

The decision led to William Hudson, Eishia’s father, to call for a public inquiry into his daughter’s death.

“MKO continues to be saddened by the loss of young 16-year-old Eishia Hudson as well as the passing of many other Indigenous citizens who have lost their lives so tragically to police violence,” said Grand Chief Garrison Settee.

“Our thoughts and prayers continue to go out to these families and we are hopeful that today’s announcement made by [the chief medical examiner] will not only help pave the way to a new relationship between Indigenous and non-Indigenous peoples in Manitoba, but will bring closure and an opportunity for healing for the Hudson family.”

MKO says Indigenous and non-Indigenous people need to come together to end anti-Indigenous racism within the policing and justice systems.