The Kevin Koe and John Morris role reversal is paying dividends for their curling team at the Canadian men’s championship.

Koe played third for Morris when the latter skipped a team from 2003 and 2006.

They reunited this season with Morris throwing second stones for Koe. Morris fills a vice role, however, plotting strategy with Koe and holding the broom for skip’s rocks.

Koe’s Wild Card Two raced into the championship round at the Tim Hortons Brier with a sixth straight win Wednesday.

Koe, Morris, B.J. Neufeld and lead Ben Hebert out of Calgary’s Glencoe Club topped Pool B at 6-1. They were the only unbeaten team left until a 9-3 loss to Ontario’s John Epping in an evening matchup.

“We’ve had high expectations and they’re definitely not going to get any lower now,” Koe said.

“It sounds stupid, but the longer you can go without losing the better, especially if you can knock off some of the good teams.” 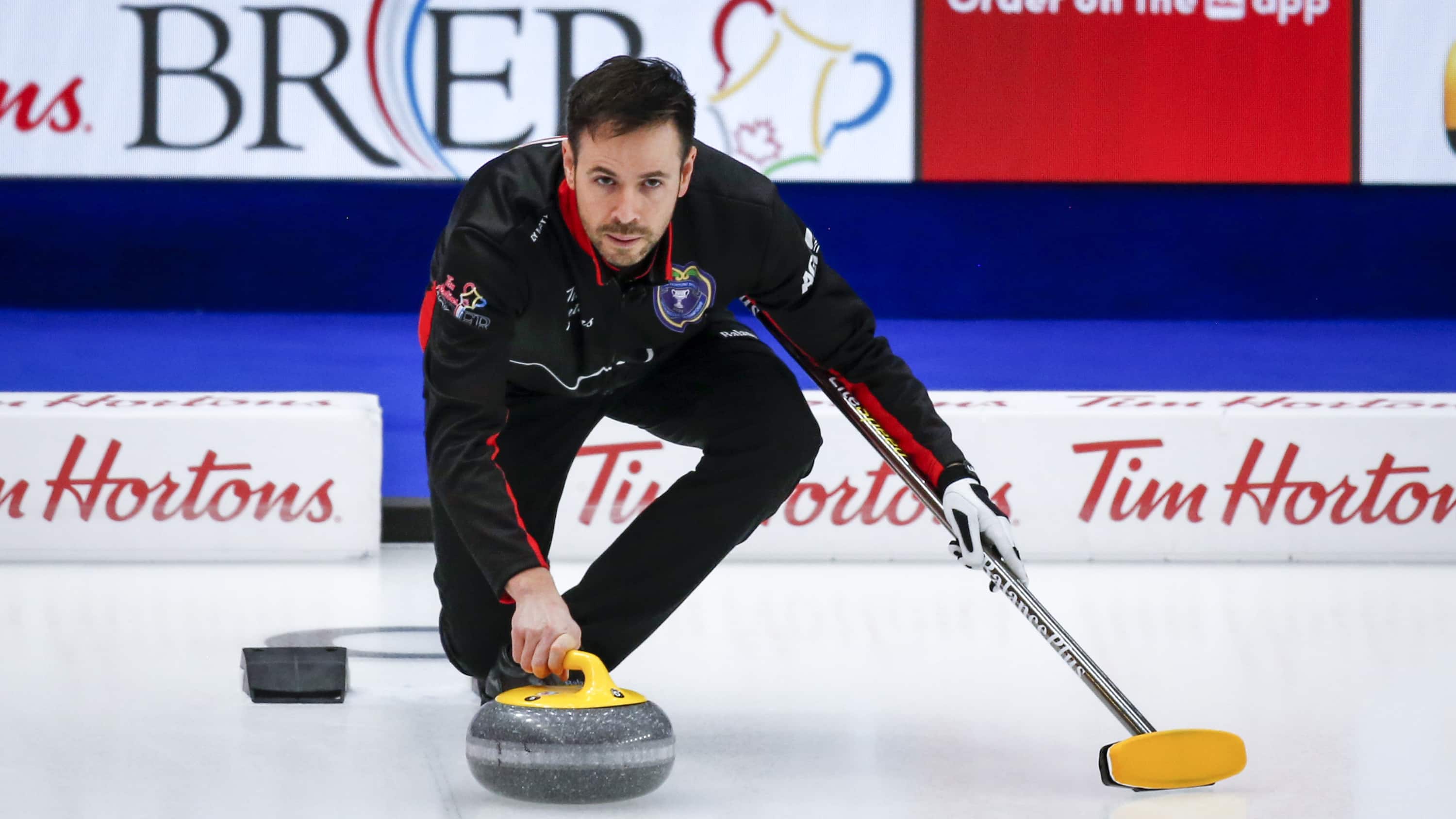 Since Koe, 46, and Morris, 42, went their separate ways to curl with other teams a decade and a half ago, Morris won Olympic gold medals in both men’s curling and mixed doubles, while Koe claimed four national men’s championships and a pair of world titles.

“I’ve got a ton of respect for Kevin and everything he’s done,” Morris said. “Kev’s the type of the player who looks like he gets better with age. He doesn’t say a ton out there. You get the question ‘what kind of guy is Kev?’ and to me he’s just a really good, natural leader.

“That is one dynamic that kind of changed on our team because I was the skip before. I had to kind of be that guy. That was in the early two thousands. Now it’s changed. The bottom line is we just want to win.

“The team dynamic is wonderful. It’s a seamless fit and feels great to be playing together again.”

Koe’s was the first of eight teams to book a berth in the championship round starting Friday. The top four in each pool carry their records with them.

The No. 1 seed earns a bye to the evening final to face the winner of the afternoon semifinal.

WATCH | Kevin Martin on why Koe, Morris can win Brier: 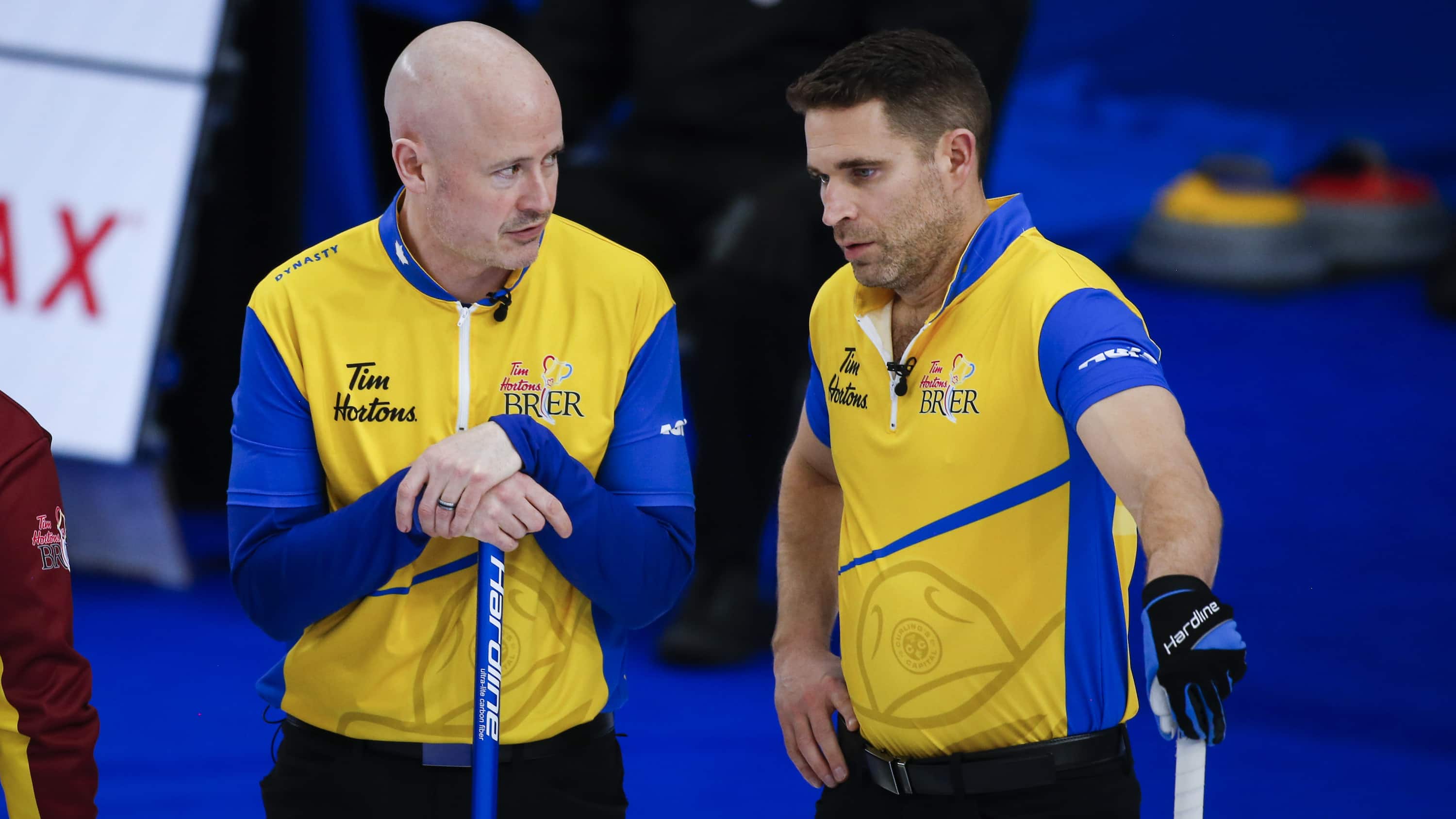 Canada’s most decorated curler drops by That Curling Show and tells hosts Devin Heroux and Colleen Jones, “you better watch out for Johnny Mo when he’s interested. And he’s interested.” 51:42

Manitoba and Glenn Howard’s Wild Card Three were tied atop Pool A at 5-1 each with a game in hand on Jacobs at 5-2.

Northern Ontario’s victory tied a record for the lowest combined score in Brier history and was the lowest-scoring game in over two decades. There were scores of 2-1 in 1990, 1993 and 2000.

The game featured six blank ends with Jacobs running Gunnlaugson out of rocks in the 10th.

“Once we were able to get the hammer, we all kind of agreed ‘let’s keep it simple’ and look for a cheap opportunity to get a deuce. We didn’t get it, but we stayed really patient,” Jacobs said.

“Both teams did. Pretty low-scoring game obviously. We were able to get some misses that resulted in a three-nothing win.” 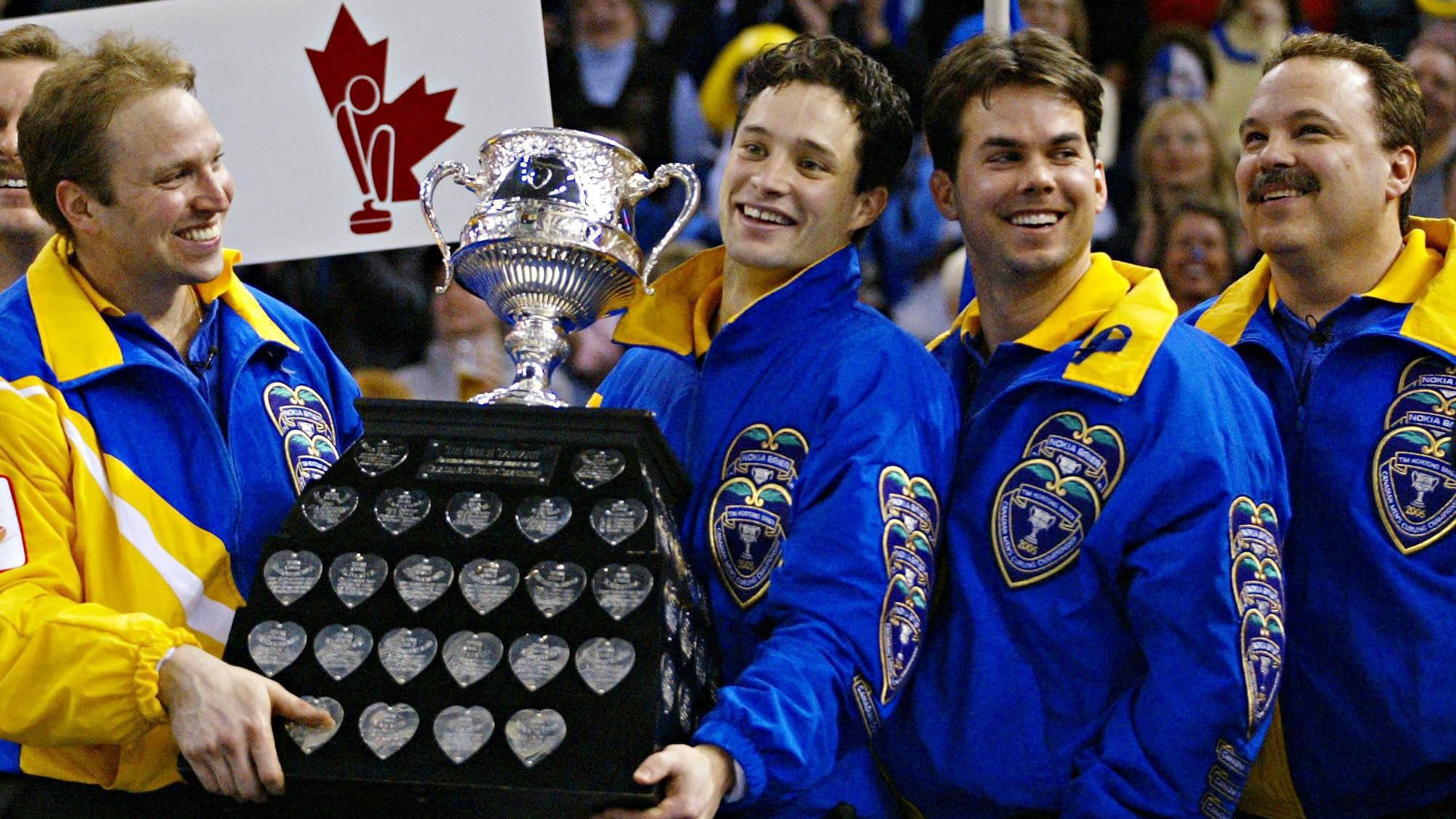 35 mixed doubles teams will enter the Calgary bubble when the national championships kick off March 18, 2021. 2:06

Wayne Middaugh skips Wild Card Three for Howard, who injured his ribs in a snowmobiling accident before the Brier. WC3 edged New Brunswick’s James Grattan 7-6 in an extra end.

“I think this team has embraced the role of wild card,” Middaugh said. “We’re free-rolling.

“We’re not supposed to be doing this well, but the boys are playing great in front of me and giving me a lot of confidence to make shots.

“I don’t want to pick on past players I’ve played with, but I’ve never had sweeping like this in my life.”

New Brunswick fell to 4-3 in Pool A behind Alberta’s Brendan Bottcher, who got to 4-2 with a 9-3 win over Mike McEwen’s Wild Card One.

British Columbia’s Steve Laycock, a 10-5 winner over Northwest Territories, and WC1 were both 2-4. N.W.T.’s Gregory Skauge was 1-6 and Yukon’s Dustin Mikkelson winless in six games.

Koe’s 9-2 win over Saskatchewan’s Matt Dunstone in the morning draw kept him ahead of the pack. Dunstone, Epping and defending champion Brad Gushue won their evening draws and are tied at 5-2.

Nova Scotia skipped by Scott McDonald and Quebec’s Michael Fournier were 4-3 ahead of Greg Smith of Newfoundland and Labrador at 2-6, Prince Edward Island’s Eddie MacKenzie at 1-7 and Nunavut’s Peter Mackey at 0-7.