The warm weather in Winnipeg is drawing large crowds outside and prompting a reminder from the province’s top doctor to not forget about current health rules.

Over the weekend, large crowds of people were seen skating at The Forks and on trails throughout the city.

Dr. Brent Roussin said there can be more than five people skating on a river at the same time — as long they’re not together and spending time in close proximity.

“If there were large groups that were meeting up and outdoors with the intent of gathering and spending time, that’s contravening our public health order and so I’d suggest people limit their group sizes,” he said at a press conference Monday.

On Monday, when the temperature warmed up to 0 C, more crowds of people were seen outside enjoying the weather at The Forks with many hitting the rink on the Assiniboine River for a skate.

“It’s fabulous to be out here today enjoying the beautiful sunny day,”  said skater Ron Thiessen. “It’s refreshing to see people out and about.”

Claire MacKay, VP strategic initiatives, of The Forks, said attendance at The Forks, which normally has four million visits a year, is greatly down.

“I think our perception of what a big crowd is has changed substantially,” she said.

All but two businesses inside The Forks are closed. Bathrooms inside aren’t open to the public and there are no skate rentals right now.

She said three more security guards have been hired to make sure people aren’t gathering in groups larger than five outside, which is currently prohibited by the province’s public health order.

“We are asking though that the public abide by them so we can do all that we can, but we’re asking the public as well to take responsibility and to ensure that they’re staying within those current health guidelines.” 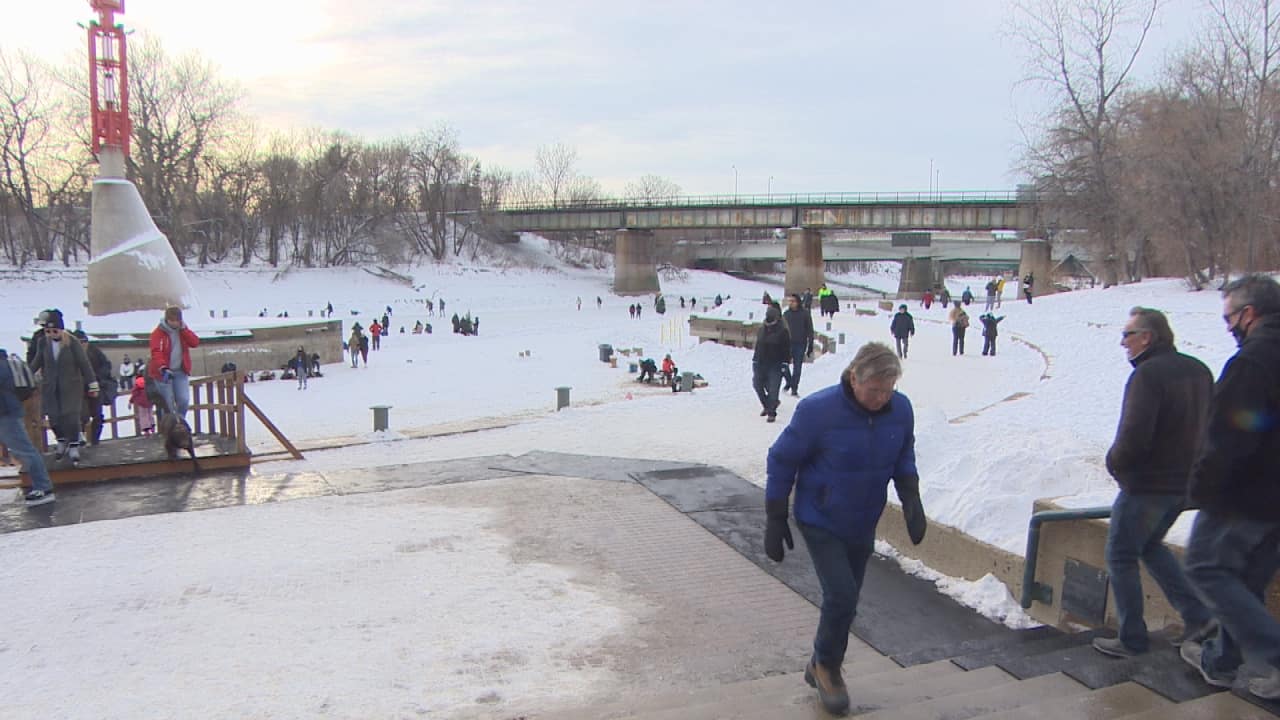 Asked about the hundreds of people at The Forks on Sunday, Dr. Brent Roussin said it was OK for people to be outside skating or walking in the area. However, he reiterated maximum gathering sizes outdoors are set at five and said people intentionally planning gatherings of greater than that are breaking the rules. 0:28

Bill and Shelley Moore visited The Forks on Sunday for a skate and said they weren’t focused on the possibility of getting COVID-19.

“I just like being outside and being around people,” added Shelley.