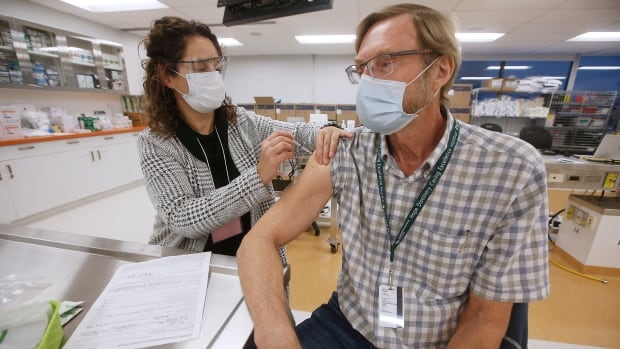 Many family physicians in Manitoba want to administer COVID-19 vaccines in their offices, Doctors Manitoba says after it did a survey of its members.

The survey asked physicians about their thoughts on the province’s vaccine rollout plans and received responses from more than 500 doctors; 54 per cent of them were family physicians.

Among family physicians who completed the survey, 82 per cent said they are interested in administering the vaccine in their practice.

Among all respondents, 58 per cent said they would like to be able to administer the vaccine in their practice, says a news release from Doctors Manitoba.

However, this could be more complicated than an annual flu shot campaign, and more detailed planning will be needed in order for this to take place, Doctors Manitoba said.

Close to half, or 49 per cent, of all doctors who participated in the survey said they would be interested in helping the immunization campaign at provincial vaccination supersites or as part of mobile immunization teams.

More than 110 have already offered to help, Doctors Manitoba says.

“Nobody wants to see vaccine doses left in storage rather than in Manitobans’ arms,” said Dr. Cory Baillie, president of Doctors Manitoba.

“Whether that’s because there aren’t enough immunizers, or because Manitobans are hesitant about these new vaccines, physicians can play a stronger role to support a safe and swift immunization rollout.”

About 75 per cent of survey respondents work primarily in the Winnipeg area.

In addition to questions about vaccine administration, physicians were asked what role they’d like to play in educating people about vaccine effectiveness and safety.

Almost all, or 98 per cent, said they think doctors should play a key role in this, and 94 per cent said they think they should be involved in identifying key patient groups to be prioritized for the vaccine.