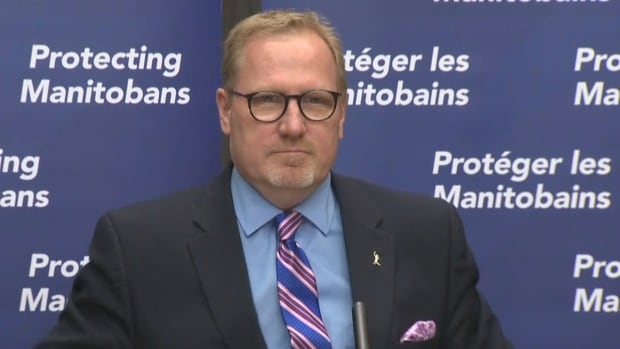 Manitoba’s finance minister tabled legislation Tuesday that would ensure workers don’t lose wages if they need to get vaccinated for COVID-19 during a shift.

Scott Fielding has proposed a tweak to the Employment Standards Code that would require employers to give all employees up to three hours of paid leave to get vaccinated during work hours. The leave would apply to a person’s first- and second-dose appointments.

“We want Manitobans to be able to be confident to book COVID-19 vaccinations during work days or work hours, without worrying that they’re going to lose out on regular wages,” Fielding said during a news conference Tuesday afternoon.

Given the province’s current COVID-19 situation, it is especially important that Manitobans get immunized for the illness, he added.

The province is in Day 3 of its latest pandemic-induced partial lockdown. On Tuesday, public health officials reported 329 new cases of COVID-19, bringing the total of known active cases to 3,837.

There are 214 people in hospital being treated for the illness, including 59 patients in the intensive care unit.

Employers could require workers to give “reasonable verification” of needing the paid leave, but they will not need a doctor’s note, the release says.

The paid leave caps out at three hours. Anyone who needs more travel time for a vaccination appointment, or who suffers from side-effects after receiving the shot, could take a longer unpaid leave, the release says.

The provincial government came up with the three-hour cap after looking at what other western Canadian provinces have put in place and consulting labour management in Manitoba, said Fielding.

“We think that’s an appropriate amount of time,” he said.

Some Manitoba businesses have already implemented paid vaccination leave for their employees.

Fielding said the province hasn’t received feedback saying people have had issues getting vaccinated during work hours, but wanted to make the rules official to provide added security for the workforce.

Just over 45 per cent of adults in Manitoba have received at least one dose of the COVID-19 vaccine as of Tuesday, according to the province.

The Manitoba government opened up general COVID-19 vaccine eligibility to anyone 24 years old or older Tuesday.

Premier Brian Pallister said the province plans to extend eligibility to all adults in Manitoba Wednesday.