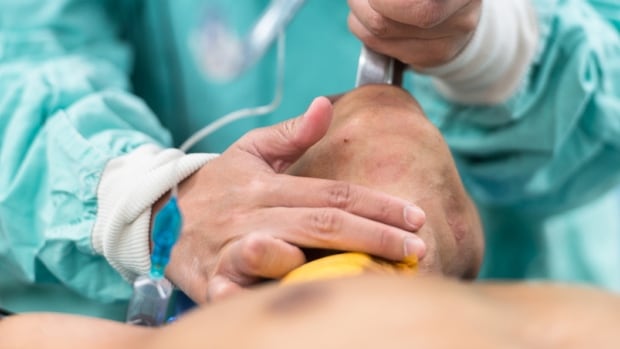 It took more than 14 months, but Manitoba is finally experiencing the scenario that sent shudders down everyone’s spine back when the pandemic started: Our health-care system can no longer handle all of our most critically ill COVID-19 patients.

Over the past two days, three stable COVID-19 patients were sent from Winnipeg intensive care wards to ICU in Thunder Bay, Ont., because resources weren’t available in Manitoba hospitals.

Manitoba Shared Health is assigning up to three patients to one intensive care unit nurse instead of the one-to-one ratio recommended for monitoring multiple medical indicators that can change suddenly and may require immediate life-saving interventions.

So far, no COVID-19 patient in Manitoba has been denied a ventilator or bed or has been left to die at home because ambulances were not available.

Those nightmare scenarios unfolded during the first wave of the pandemic in Italy and New York City, during the second wave in the American heartland and within recent weeks in India.

Manitoba has thus far been spared this horror. Yet our hospitals are experiencing the worst crisis in living memory, as the diversion of hospital resources devoted to COVID-19 care has diminished the quality of care across the health-care system.

To put this in plainer language: If you suffer a heart attack or get into a serious car accident and require intensive care, the nurses, technicians and doctors who will treat you will have to juggle your care with that of multiple other patients.

“People don’t realize that when this kind of situation occurs, it’s not just the COVID patients that it’s going to be an issue for. It’s everybody,” said Dr. Anand Kumar, an ICU physician at St. Boniface Hospital and Health Sciences Centre.

As of Wednesday, a record 131 patients were getting treated in Manitoba’s newly expanded intensive care wards, including a record 80 COVID-19 patients.

That situation is likely to worsen.The number of COVID patients in ICU has been rising faster than provincial modelling projected.

Dr. Jazz Atwal, the deputy public health officer, said last week that he expects those numbers to continue rising for several weeks by 18 to 20 per cent per week.

It is unclear how Manitoba intends to handle this situation.

On Tuesday, Health Minister Heather Stefanson said the province could handle an additional 50 intensive-care patients. That very same day, Shared Health concluded it could not handle a single additional patient and sent the first two of three stable COVID-19 patients to Thunder Bay.

The province also has no triage protocols in place to determine which patients will receive treatment in the event there are no nurses and other staff available to handle critically ill patients.

On Tuesday, both Stefanson and Premier Brian Pallister touted an ethical framework published in May 2020 as the solution to that problem.

“We have the ethical framework there as a guideline for doctors who make these decisions as to what the triage protocols will be,” Stefanson told reporters in a scrum.

The problem is that document calls for the creation of triage protocols. It is unclear whether the health minister declined to read the framework or was ignoring that component.

In other words, Manitoba is now in a situation where COVID-19 patient numbers are increasing in intensive care wards that do not appear to be able to handle any more patients — and doctors have no formal guidance for what to do when they cannot care for more.

All of this was entirely foreseeable.

In recent weeks, Manitoba has experienced record daily COVID-19 case counts. Within a couple of weeks of getting infected, some patients require critical care in hospital.

New restrictions were imposed, but only in a series of increments. The province opted not to lock down early in the most aggressive manner possible to not only shorten the duration of the third wave, but to keep case numbers down and prevent hospitals from being overwhelmed.

Manitoba repeated the mistake it made in fall, when a series of incremental restrictions failed to contain the second wave.

Hundreds of elderly Manitobans died in personal-care homes as a result of the second-wave disaster.  Most seniors are safe now, thanks to vaccinations.

The people getting sick now are mostly younger people who had yet to get their shots as well as some older people who put off or declined vaccination.

They’re mostly getting infected with the more contagious B117 variant, which Dr. Kumar says is sending entire families into hospital.

Kumar fears Manitoba’s leaders have locked the province into a course.

“They let numbers of cases rise into an exponential phase and then are trying to tamp that down, which is very hard to do,” he said.

“It’s directly as a consequence of that strategy that we are where we are.”