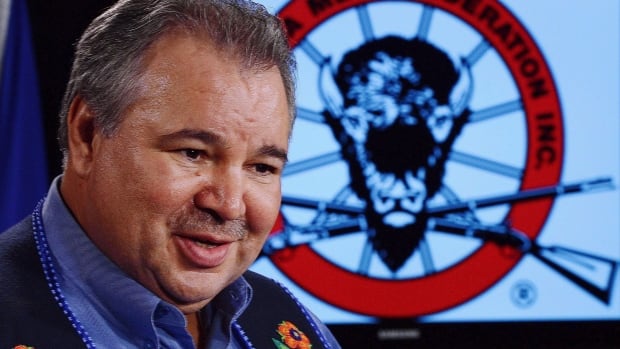 The organization that represents Manitoba’s Métis community is partnering with a local private bioinformation services firm to open a COVID-19 testing site exclusively for Métis people in Winnipeg and the surrounding area.

The Manitoba Metis Federation opened a testing site Monday with the help of Winnipeg-based Intrinsic Analytics, which will be collecting and processing the test samples, the MMF said in news release.

“The COVID-19 pandemic has been a long journey, and with the number of vaccines being earmarked for the Manitoba Métis community still up in the air, we are unsure when the light is coming at the end of the tunnel,” MMF president David Chartrand said in the news release.

“By offering this alternative, our Métis citizens can now get their test results done faster and return to work and running errands to support their family quicker.”

Test results will be processed within 24 hours of the swab, it says.

A provincial spokesperson said the MMF is welcome to offer the service, but called the site “redundant,” given that the current wait period for results from provincial sites is about 22 hours.

The province is concerned about how the testing data from the MMF site will be connected to the public system to allow for contact tracing, the spokesperson said.

“It is important to follow up with positive cases so they are able to get the appropriate care and information on how to reduce the spread of the virus. This kind of followup is a key component of COVID-19 testing,” the spokesperson said in an email.

In a letter to the premier, Vandal said that MMF’s “full and active participation” in vaccine distribution plans is needed to ensure the needs of Manitoba Métis people are adequately met.

“While there have been no large outbreaks in any Métis villages in Manitoba to date, I am sure you know and can appreciate that Manitoba Métis are at higher risk of serious complications with COVID-19 and that an outbreak amongst vulnerable Métis citizens or elders would be devastating,” Vandal wrote.

Health Minister Heather Stefanson will meet with Frances Chartrand, MMF’s minister of health and wellness, on Tuesday, the letter says.

There were four more COVID-19 deaths and 118 new cases announced in Manitoba on Monday.

A total of 773 Manitobans had died from COVID-19 as of Monday.