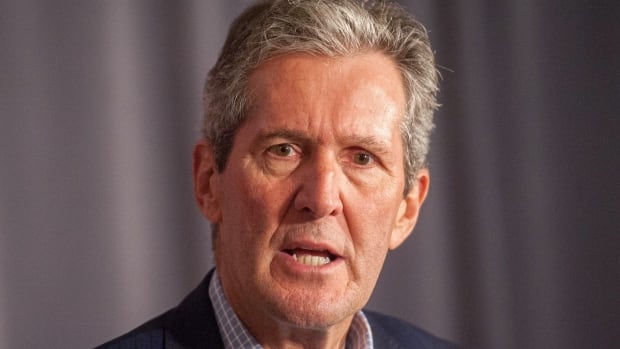 Premier Brian Pallister says he has no intention of stepping down early despite dismal approval ratings suggested by a recent poll.

According to Probe Research, nearly two-thirds of Manitobans surveyed said they disapproved of the premier’s leadership. Of those, 46 per cent said they strongly disapproved.

In addition, one-third of respondents who said they voted for the Progressive Conservatives in the 2019 election said they disapproved of Pallister’s performance.

Asked Thursday during an unrelated news conference whether he would consider stepping aside for the good of his party, Pallister said he would continue to do the job he was elected to do.

“I’ve been facing strong criticism in every aspect of my life throughout my life and that doesn’t change my focus,” he said, adding that he doesn’t reflect on polls in between elections.

“I focus on the job I’m hired to do, and the job I was hired to do was to get this province stronger, fix its finances, repair its services, rebuild its economy.”

The poll, which was commissioned by the Winnipeg Free Press and conducted between March 10 and 26, involved 1,000 respondents and used a mixed methodology (phone and online respondents). A probabilistic sample of this size would yield a margin of error of +/- 3.1 percentage points, 19 times out of 20.

The next provincial election won’t happen until October 2023.

Last December, Pallister said he was committed to staying on as premier to guide the province through the COVID-19 pandemic, but appeared to be less firm on completing his second term and running for a third, if the public would have him.

Pallister was asked twice Thursday about when he plans to retire, but only said he would continue to focus on helping Manitobans get through the pandemic.

“We’re not out of the woods yet on COVID,” he said.

Asked if that meant that he planned to step down once the pandemic is over, Pallister replied: “Well, there might be another pandemic. Who knows?”

Manitoba Liberal Leader Dougald Lamont said he doesn’t think that a different Progressive Conservative leader would change much for the province if the premier did decide to step down before the next election.

“I know there are people excited at the possibility that if he leaves, someone else will step in and be better. But every single person in the PC caucus has supported him throughout, so I really don’t see there’ll be much of a change even if they come in,” he said.

Opposition NDP Leader Wab Kinew also said that change lies with the party, not the person.

“Mr. Pallister has made a lot of mistakes, but it’s really the PC approach that has failed Manitobans,” he said.

“So whoever the PCs decide to put forward in the next election, we’ll be there with the reasonable, progressive plan to get Manitoba back on solid footing.”