As expected, Manitobans can soon visit restaurants, gyms and places of worship again, but the province announced Tuesday it would loosen restrictions more than planned by reopening museums, galleries and some recreational activities as well.

The new orders in the entire province will reopen a sweeping range of businesses, services and activities at a strict 25 per cent capacity, beginning on Friday.

But the news comes as Manitoba announces its first discovery of a more easily transmitted variant of the coronavirus that causes COVID-19.

Still, Premier Brian Pallister said the province should relax the partial lockdown it spent three months enforcing, since the number of COVID-19 infections are down significantly.

“Thanks to the caution of Manitobans, we’ve earned more good news,” Pallister said at a news conference Tuesday.

Restaurants, gyms, tattoo parlours, nail salons and libraries can all welcome people inside, starting on Friday. Places of worship also can invite their parishioners back, but with stricter capacity limits — 10 per cent or 50 people, whichever is lower.

Restrictions are being eased beyond the ideas floated last week, when the province sought public input on the proposal.

Museums, art galleries and yoga studios now have permission to open their doors under the same 25 per cent cap.

As well, more recreational activities can go ahead. Indoor facilities may operate, including rinks, gymnastics clubs and martial arts studios, but only for one-on-one instruction. 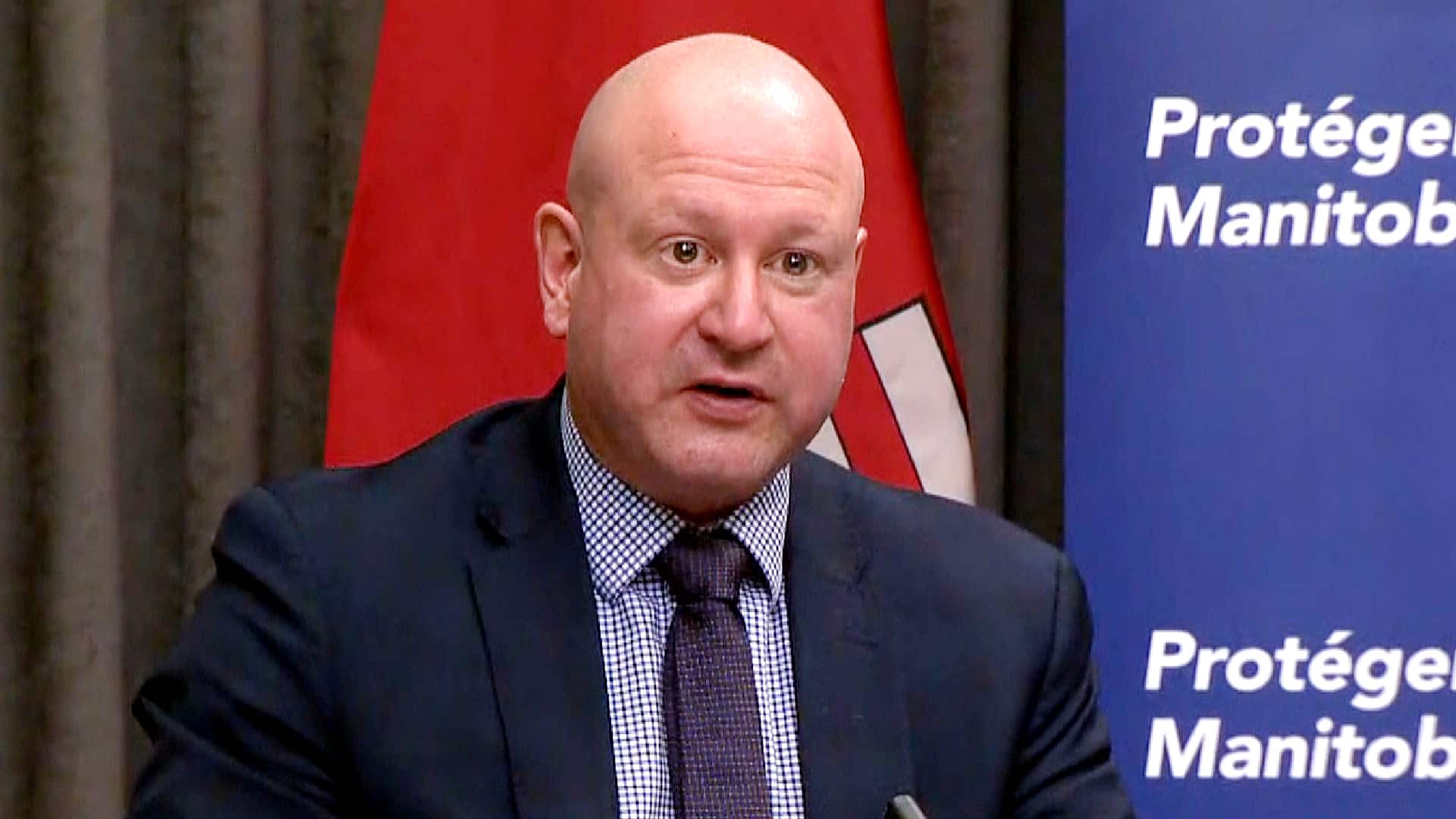 Dr. Brent Roussin, Manitoba’s chief public health officer, said Tuesday the province can’t open all its sectors at once, despite hard work by many business owners, as he announced looser pandemic rules to take effect Friday. 0:43

Organized practices and games will be permitted outdoors, as well as casual sports, but no multi-team tournaments.

The ban on indoor group training or classes now covers all athletic instruction, like yoga studios, not only gyms.

Restaurants only for households

The province also provided more detail Tuesday on the types of personal service businesses that can operate, including those offering pedicures, electrolysis, cosmetics application, tanning, tattooing and massage services.

But Manitoba won’t budge on who can dine together at a restaurant. The province will only allow household groups to share a table, as it proposed last week.

The province also won’t permit households from inviting more than two designated visitors into their homes. Northern Manitoba will start following those same parameters as well, beginning on Friday.

“We are proceeding with caution. For those of you who say, ‘Go faster,’ remember, we can’t have a yo-yo here,” Pallister said, referring to the chance of another surge in cases closing businesses again.

“To those of you who say go slower, I’ll say again that we can’t let fear be our master here,” the premier said.

WATCH | Relaxed rules only work if Manitobans follow them: 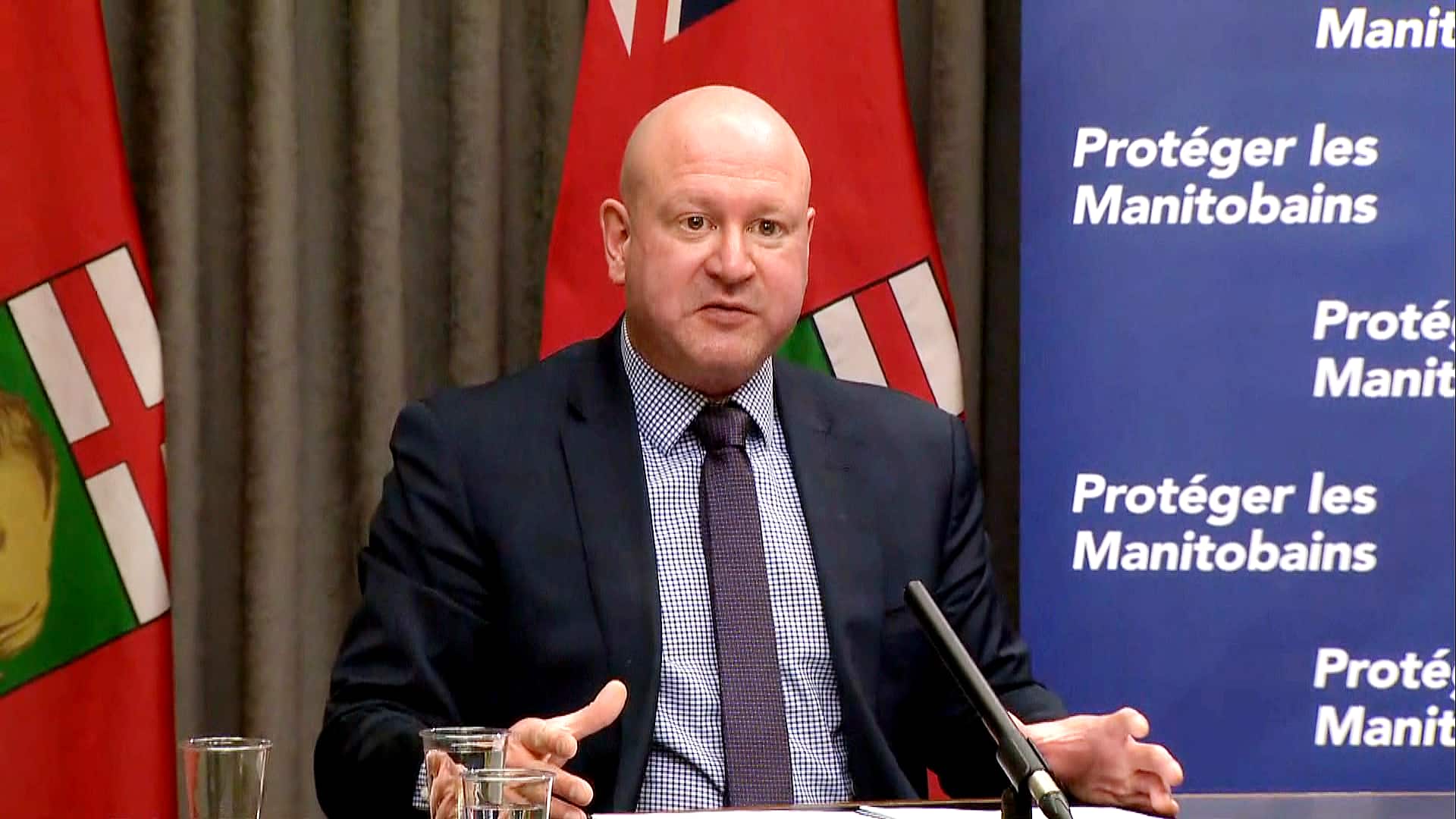 Dr. Brent Roussin, Manitoba’s chief public health officer, said Tuesday newly announced changes to loosen public health orders are intended to protect against a spike in COVID-19 cases, but that will only work if the public follows the rules. 0:51

The new orders will let self-help groups that assist people dealing with addictions to hold meetings at the same 25 per cent capacity limits.

Wedding capacity will increase from five people to 10, plus the officiant and photographer.

Photographers and videographers can work at weddings or offer their expertise to individual clients or groups of people residing in the same household.

The film industry can operate fully, provided physical distancing guidelines and other safety precautions are followed.

Under the new public health orders, Manitoba will remain on the red or critical level of the province’s pandemic response system.

Rolling back rules worse than the fine: Pallister

Pallister said it is in every business’ interest to follow the new restrictions. As one example, restaurants will have to jot down contact information for all patrons.

“The biggest consequence that a restaurant would face wouldn’t be the fine. It would be the reality of increased case numbers as a result of not enforcing these rules,” Pallister said.

“If in three weeks we see case numbers spiking, the price of that may well be to have to reverse these orders.”

On Tuesday, the province continued a four-day streak of double-digit daily case counts, with 75 cases reported.

The 33 people in intensive care units are the fewest reported since late November.

On Jan. 23, the province allowed retail stores and some service providers, like barbershops and hairstylists, to reopen at 25 per cent capacity, after Manitobans lived through months of the strictest near-lockdown of the pandemic. 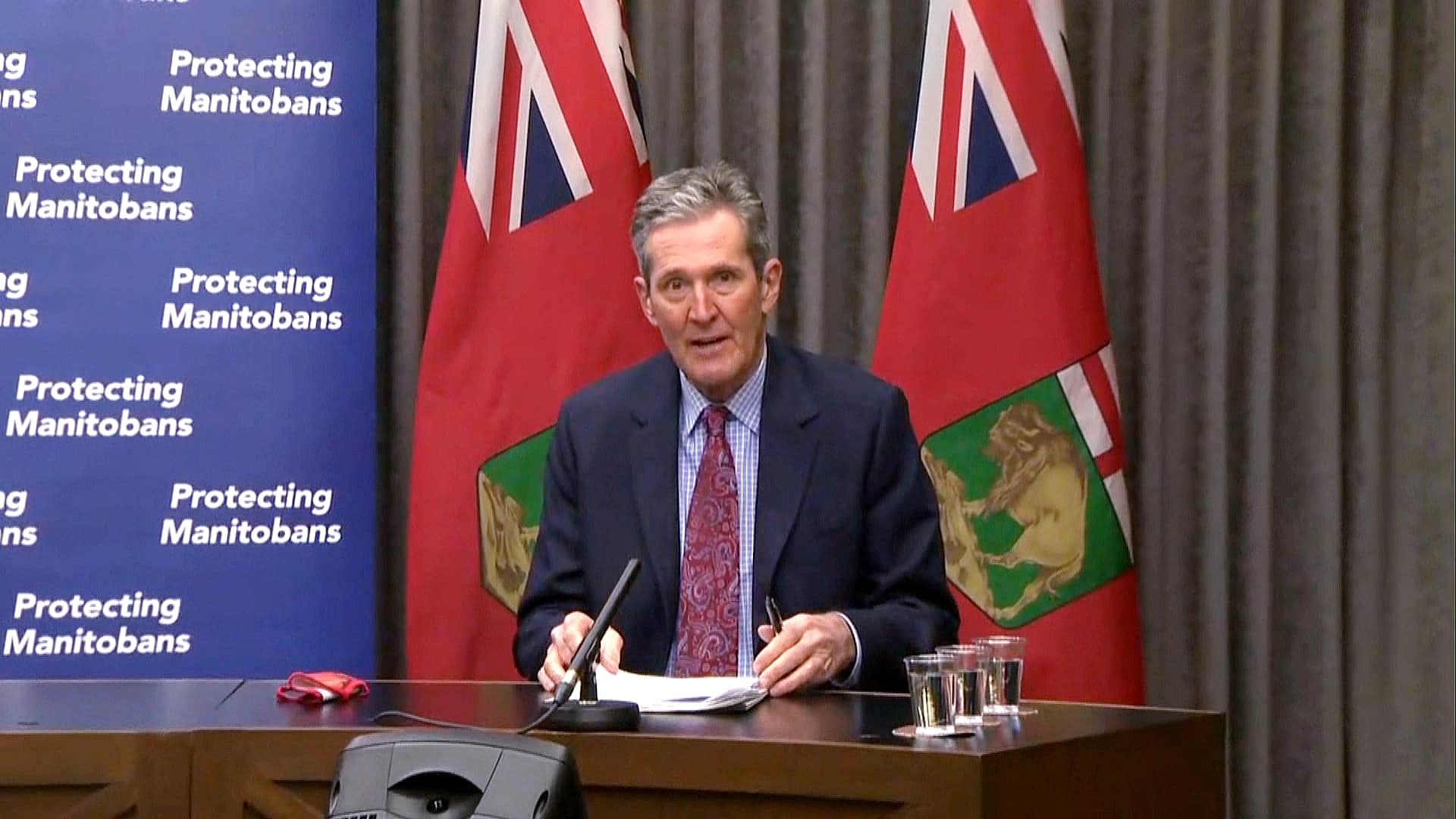 Premier Brian Pallister and Dr. Brent Roussin give an update on further loosening of COVID-19 restrictions in Manitoba. 40:19