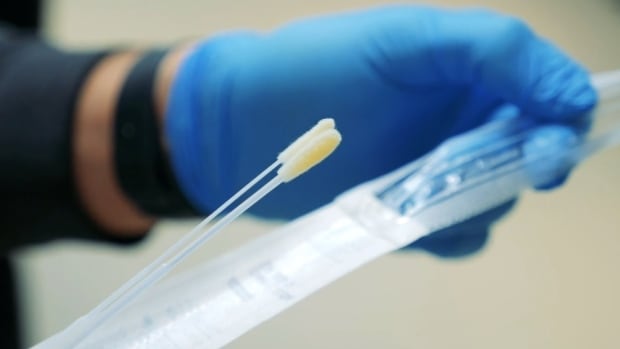 Manitoba reported four deaths associated with COVID-19 on Thursday and 363 new cases — the highest one-day increase in about five months.

The province hasn’t announced that many cases in one day since Dec. 11 (excluding a day during the holidays when multiple days worth of new cases were released). Manitoba’s daily caseloads over the past week ranged from 230 to 295.

The four deaths include a man and a woman in their 50s from the Prairie Mountain Health region, with the man’s death linked to the B117 coronavirus variant originally detected in the U.K. A man in his 60s and a woman in her 70s, both from Winnipeg, also died due to the same variant.

The provincial test positivity rate rose to 9.1 per cent, breaching the nine per cent mark for the first time in over three months. The rate in Winnipeg increased from 9.2 per cent to 10.4 per cent — the highest it’s been in the city since the beginning of January.

The number of Manitobans in hospital due to COVID-19 rose slightly to 185 and the number in intensive care increased to 52 from 47.

More contagious coronavirus variants have become more dominant in recent weeks, and the total number of variant-linked cases jumped by 214 on Thursday to 3,003. A third of the variant cases reported Thursday are the B117 variant.

Provincewide, two-thirds of the variant cases are the B117 variant originally detected in the U.K., while just over a third are listed as unspecified. Cases of the B1351 variant, first discovered in South Africa, and P1, initially found in Brazil, make up just over one per cent of variant cases.

Sixteen of the 986 COVID-19 deaths in Manitoba are related to coronavirus variant infections, up from 12 on Wednesday.

The province also declared an outbreak at Lakeshore General Hospital in Ashern.

Cases provincewide have been rising, but the most new and active cases are in Winnipeg, where the number of schools reverting to remote learning continues to grow. Students from 17 schools in Manitoba are now learning from home; 15 were reported at home earlier this week.

School cases are down slightly from the last provincial update but they remain high: 213, or one in four, Manitoba schools currently has at least one case. Of the 574 school cases in the past two weeks, 16 per cent are staff cases.

Manitoba imposed one month of more stringent restrictions a week ago in hopes of stemming the spread of cases and curbing the possible blow to the health-care system. In the third wave, increasingly driven by the more contagious variants, younger people on average are ending up in hospital compared to the second wave in the fall.

Vaccinations have ramped up: nearly 72,500 doses have been doled out in the days since the new restrictions came into effect. About 41 per cent of Manitoba adults now have at least one dose, and the province plans to make everyone 12 and up eligible to book an appointment within the next three weeks.

In the meantime, cases continue to rise. Manitoba’s seven-day average for cases has climbed quickly in the past month. The average was 69 on April 1. It’s now 289.

Of the new cases announced Thursday, 263 are in the Winnipeg health region and 34 are in the Northern Health Region. Another 28 were identified in Prairie Mountain Health, 23 in Southern Health and 15 in Interlake-Eastern.