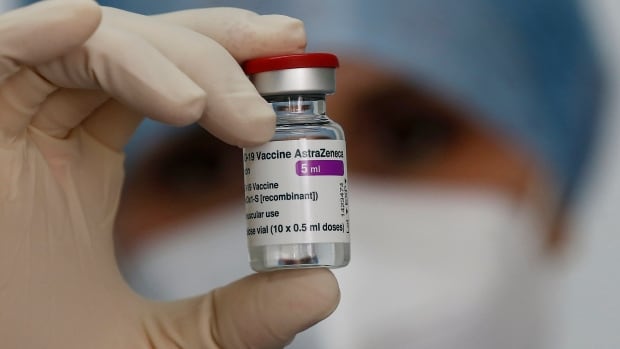 Manitoba’s vaccine task force has decided to begin lengthening the time between first and second doses of the COVID-19 vaccine to offer protection to more people faster.

B.C.’s top doctor announced plans on Monday to spread out doses by up to four months in that province, though Canada’s chief science advisor panned the move, calling it a “population-level experiment” not supported by clinical data.

Reimer said the National Advisory Committee on Immunizations (NACI) is considering the latest real world data on delayed dosing and is expected to provide guidance soon.

Read a previous version of this story below:

The head of Manitoba’s vaccine rollout plan is expected to release details today about whether Manitoba will follow other provinces that are increasing the time between COVID-19 vaccine doses beyond recommendations from manufacturers.

During a technical briefing Wednesday morning, Dr. Joss Reimer, head of Manitoba’s vaccine task force, was asked more than once whether the province is considering delaying second doses of vaccines.

She said she planned to share a prepared statement during a 12:30 p.m. CT news conference, which CBC Manitoba is streaming live here, on CBC Gem, and on Facebook and Twitter.

But B.C. announced Monday it will begin administering second doses as long as four months after the first, allowing more of the general population to be vaccinated with a first shot earlier than once projected.

Reimer didn’t reveal Manitoba’s plans, but spoke of “real world” data out of the U.K., Scotland and Israel that suggests a single dose of the mRNA-based vaccines could be 70 to 80 per cent effective in preventing infection. Hospitalizations and deaths also significantly declined in those places after one dose, the province says.

Reimer also released more information about the AstraZeneca-Oxford vaccine, which could see more Manitobans under age 65 get vaccinated this month.

The federal government has said Manitoba can expect its first batch of AstraZeneca-Oxford doses mid-month, though the number of doses hasn’t been confirmed, she said.

For now, no one over 65 will get the vaccine, though that could change as more real-world data emerges, Reimer said.

The first to receive it will be people who are at risk due to medical conditions, such as those on dialysis or people with compromised immune systems, she said.

Health Canada approved the AstraZeneca-Oxford vaccine late last week for all age groups, meaning more doses will soon be distributed across the country.

Despite that approval, the National Advisory Committee on Immunizations (NACI), which gives advice to governments on use of approved vaccines, has advised against giving the AstraZeneca-Oxford vaccine to people older than 65, in line with oversight bodies in other jurisdictions. NACI says there isn’t enough clinical data available yet suggesting it’s effective in older groups.

After the approval by Health Canada, Manitoba’s vaccine task force confirmed last week the new vaccine will speed up Manitoba’s timelines for all eligible groups.

The vaccine doesn’t have the same extreme-cold storage requirements as the Pfizer-BioNTech and Moderna vaccines, making it suitable for distribution to doctor’s offices and pharmacies across the province.

There will be pressure to get the shots out as quickly as possible, because 300,000 of the 500,000 doses set to arrive this week will expire in a month.