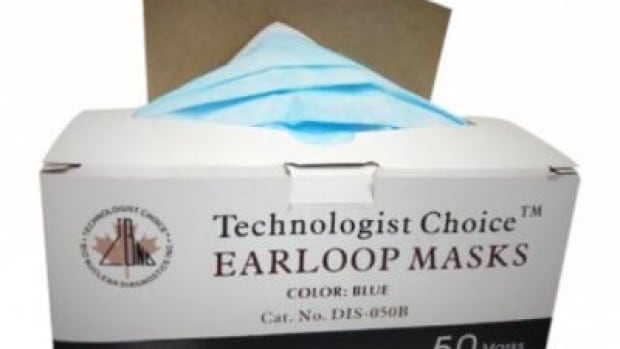 The Manitoba government is asking school divisions to stop using certain face masks after some staff members said they developed rashes from wearing them.

The province said it received a few reports of a strong chemical odour and rashes from individuals who wore Technologist Choice ear-loop masks, without a lot number on the box.

As a result, it told school divisions in a letter this weekend that they should immediately pull those masks from circulation.

Education Minister Kelvin Goertzen told reporters Monday that the Department of Central Services, which procured and distributed the masks, will conduct an investigation.

“We recognize that some of you have a significant number of these masks in stock,” said an email Sunday from the province’s innovative technology services director.

“Public Health has advised that until our investigation is complete, and we have determined how much stock may need to be replaced, staff can wear a non-medical cloth mask as an alternative.”

BND Inc., which developed the masks, did not immediately respond to a request for comment.

The Winnipeg School Division moved on the weekend to discontinue use of these masks.

“I’ve heard from teachers personally directly, and we’ve been working with the province to try and rectify the situation as quickly as possible.”

The Winnipeg School Division received three complaints about rashes and the smell.

The school division provided the masks to teachers who spent lots of time with different groups of students.

“The medical masks are used by teachers who move among multiple cohorts and other staff who have contact with multiple cohorts, as well as any students who become ill during the day and must be quarantined until picked up by a parent or guardian,” spokesperson Radean Carter said in a prepared statement.

The province said in the Sunday email that it is not unexpected that some individuals may report skin irritation from wearing a non-medical mask.