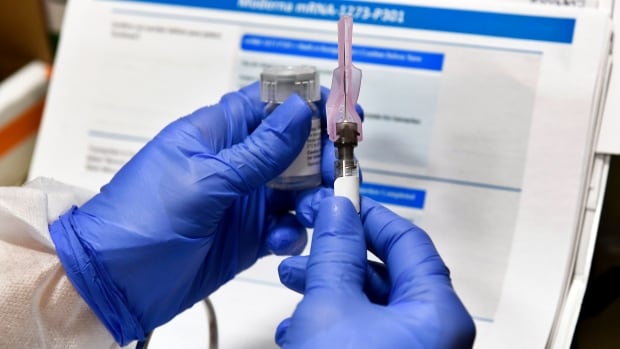 Manitoba is expanding eligibility for the second dose of a coronavirus vaccine today at 11:45 a.m. CT to anyone who received a first dose on or before March 29.

All Manitobans 12 and up have been eligible for a first dose appointment since May 14.

Second dose appointments will continue to be opened up based on when individuals received their first shot.

An update is coming on Manitoba’s COVID-19 vaccination efforts as the province faces the worst infection rates in North America and officials float the idea of offering prizes to people who get the shot.

Health and government officials on Tuesday repeated their pleas for the public to get vaccinated and remain cautious for the three weeks it takes to build up immunity. Everyone in Manitoba age 12 and up is eligible for a first dose.

Lanette Siragusa, chief nursing officer for Manitoba Shared Health, said 12 patients were admitted to intensive care units on Monday and 70 per cent were either not vaccinated or had received the vaccine only days earlier and were not sufficiently protected.

Premier Brian Pallister has said he intends to outline new ways to encourage people to get vaccinated.

An online survey issued by the government Monday, which asks respondents for their views on a variety of pandemic issues, also touches on the topic.

One question asks if people would be concerned about offering incentives to those who are vaccine hesitant.

Some of the ideas for incentives include prizes, free meals, payments of up to $100 or free admission to sporting events or museums.