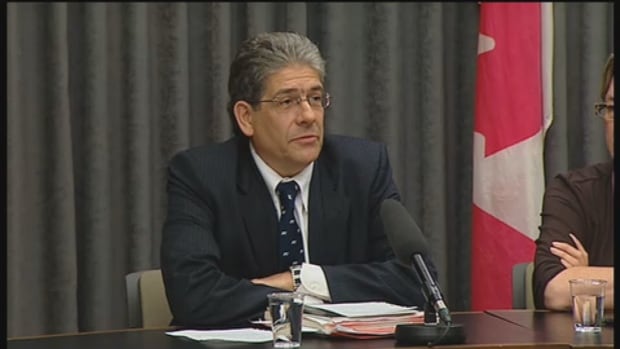 Dr. Joel Kettner, who became well known during the H1N1 pandemic in 2009, said he didn’t get as much information as he would’ve liked when the virus hit Manitoba, and said the province didn’t have sufficient capacity in epidemiology surveillance.

While under cross-examination from government lawyer Heather Leonoff, he said there’s much more to deaths in a pandemic than simply the number of people who’ve died.

“When we were hearing about the H1N1 patients in the intensive care unit it was very important to know what other health conditions they had. What was the main reason they were in the ICU? What role did the virus play, and also for people with chronic diseases, how well was their chronic diseases being managed that might have put them at high risk for severe illness,” he testified.

Monday was the second week of the court challenge against Manitoba’s public health orders. Seven churches want the court to rule government restrictions are a violation of the Charter.

Kettner said because there are myriad reasons why someone gets severely ill or dies, without having a robust medical surveillance system and proper analysis “one can be [misled] by superficial data.”

Kettner was Manitoba’s chief provincial health officer from 1999 to 2009 when he had his contract terminated by the government.

He was reluctant when pressed by Leonoff to say all pandemics are difficult, but he agreed COVID-19 is a serious problem.

“I really am hesitant to just say that all pandemics or outbreaks are difficult. I don’t think I would know what I’m saying.”

Dr. Jared Bullard, the associate medical director of Cadham Lab, was the first to be cross-examined Monday by Jared Brown, who represents the applicants in the case.

Brown spent much of his time asking Bullard about PCR tests and the science behind them.

The tests are considered the gold standard for COVID-19 testing but are not perfect and can produce false results. One thing to combat this is to report something called cycle threshold values along with the result. This is something Florida is doing but Manitoba is not.

Bullard testified that Cadham Lab isn’t looking at CT values in a systematic way for tests. CT value indicates an estimate of how much virus was likely in a sample to start with.

Last week, Kettner’s successor Dr. Brent Roussin said PCR tests have accurately predicted future levels of hospitalization in Manitoba. In the pandemic’s second wave, seven per cent of all individuals in the province who tested positive presented to hospital and 1.4 per cent were admitted to an intensive care unit.

The hearing has been adjourned until Wednesday. Closing arguments are expected to take two full days.