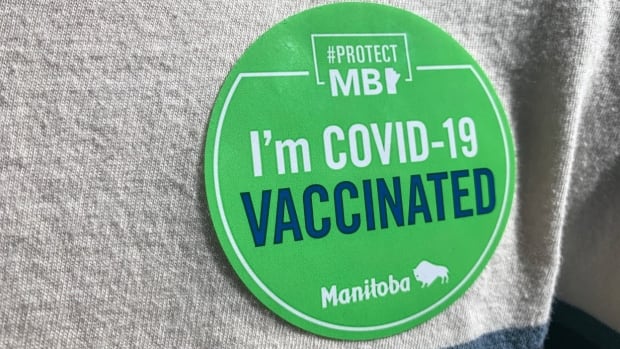 Anyone who received a first dose of a vaccine on or before April 20 is now eligible for a second shot. All Indigenous people in Manitoba and those with specific health conditions are also eligible to book a second dose, as long as they meet the minimum time interval between doses.

For those who still need first doses, the province is shifting to more of a seasonal flu-clinic approach. The aim is to reach those for whom travel to vaccine supersites has been a barrier to immunization.

“First doses remain critical to reopening plans in Manitoba, so now is the time for us to take more steps to make it even easier for people to get their first dose,” said Dr. Joss Reimer, medical lead of the province’s vaccine implementation task force.

A total of 874,564 vaccinations have been administered in Manitoba as of Wednesday, which means about 66 per cent of Manitobans age 12 and up have had a first dose.

Another 119,557 doses will be administered in the next 10 days, said Johanu Botha, operations lead for the task force, during a separate briefing Wednesday morning.

He and other health officials said mobile clinics will start this week in the inner city, focusing on homeless people, while community-hosted clinics will aim to reach ethnic groups who might have been deterred from visiting large supersites due to language issues.

Recently, the province conducted a small pilot project to have a handful of medical clinics and pharmacies offer mRNA vaccines, Reimer said, calling it a success.

As a result, that is being expanded. A total of 5,000 mRNA vaccine doses — Pfizer and Moderna — are being delivered this week to about 25 partners to be used for first or second doses.

The province will also lean more on independent partners like hospitals, personal care homes, correctional facilities and home care to order and administer vaccine based on needs.

More details on that process are yet to come but it would likely include home visits, officials said during the morning briefing.

More than 500 sites will be involved, Reimer said. The exact locations and amounts of vaccines may vary initially but will be increased over time, she said.

People can visit the province’s vaccine finder website to find out where to make appointments.

As well, pop-up clinics will continue and be expanded to new locations, officials said.

Examples of a community host could be a large employer with lower numbers of vaccinated staff or schools in neighbourhoods with low vaccination rates, health officials said at the morning briefing.

The hope is that a trusted local host, rather than a government site, can increase uptake.

The community organization or business will do the outreach and host while a clinical team will provide the shots.

The plan will borrow from experiences at recent Indigenous-led clinics and the Knox United Church pop-up in Winnipeg, Botha said.

However, he acknowledged that hesitance, rather than accessibility, is an issue in some places, such as the health district around Morden and Winkler.

The province is relying on local leaders — pastors and politicians — to help persuade people to get their first dose.

“Our main goal remains to get as many Manitobans protected with that first dose as possible,” Reimer said.

Those first doses are particularly important “in communities where there isn’t a lot of uptake yet … so we don’t have pools of people where the virus can continue to transmit,” she said.

In the health district of Stanley, which surrounds the cities of Morden and Winker, the rate of vaccination for those 18 and up was 13 per cent as of Wednesday, according to provincial data. In comparison, the provincial uptake for that age range is 66 per cent.

Manitoba is still targeting June 30 to get a first dose to everyone age 12 and up who wants to be vaccinated. That’s about 32,000 more doses, Botha said.

Anyone who received AstraZeneca-Oxford as a first dose can get a second dose of the approved mRNA vaccines (Pfizer-BioNTech or Moderna) once they are eligible.

Most people who got the AstraZeneca vaccine as their first dose should wait eight weeks before getting a second shot, although certain people in higher-risk groups can get it after 28 days.

The province is also now allowing people who received Moderna or Pfizer as a first shot to get either one for the second dose; they do not need to be the same.

Those who received Pfizer can get a second shot three weeks (21 days) after the first. Those whose first dose was Moderna should wait four weeks (28 days).

Officials believe the mRNA vaccines — Moderna and Pfizer — are superior, and despite a short-term delay in receiving more Moderna supply, the province will have enough for all second doses, he said.

The remaining AstraZeneca supply is being reserved for those who, for some reason, cannot get an mRNA vaccine, Reimer said.

She reiterated her message that those who got AstraZeneca as a first dose did the right thing, because it is far better than not being immunized earlier.

Botha also noted that, despite an interruption on Monday that led to a number of vaccine appointments at the RBC Convention Centre supersite in Winnipeg being cancelled, no vaccine doses were wasted.

A gas leak was reported around 2 p.m. that day, leading to a two-hour delay. Many people had to be rescheduled but appointments are back on track, officials said.