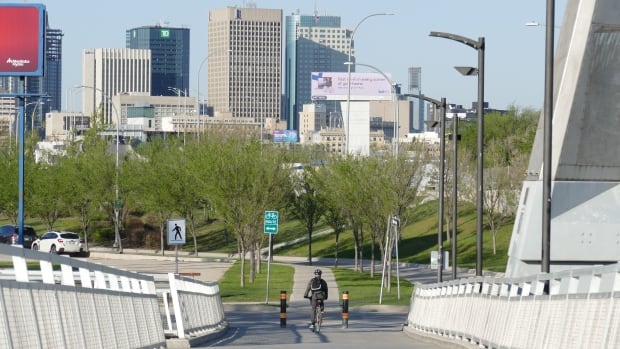 Southern Manitoba can expect another hot, windy day Tuesday while Environment Canada has issued winter storm and freezing rain warnings for some communities in the north.

On Tuesday, the high is expected to reach around 30 C, with strong winds coming from a frontal system moving up from the south, said Kyle Ziolkowski, an operational meteorologist with Environment Canada.

That system is colliding with a cold system carrying arctic air from the north. Those two systems are causing some extreme temperature variations across the province.

“The temperature gradient is so extreme.… For example, in Lynn Lake, their high today will get up to about 6 C and just a couple hundred kilometres south of them in Pukatawagan, that temperature will get up to 16,” said Ziolkowski.

CBC metorologist John Sauder’s forecast says a cold front is expected to pass through southern Manitoba, likely starting midday Wednesday. That will be followed by an extended period of wet and cooler weather, Sauder says, with showers or periods of rain from Thursday through the long weekend.

That could turn into more significant storms by Sunday or Monday, said Ziolkowski.

“Hopefully that will pan out, because as you know, the province definitely could use it,” he said.

The province is experiencing one of its driest springs in recent memory. Agriculture and Agri-Food Canada considers southwestern Manitoba and southeastern Saskatchewan to be under “extreme drought” conditions.