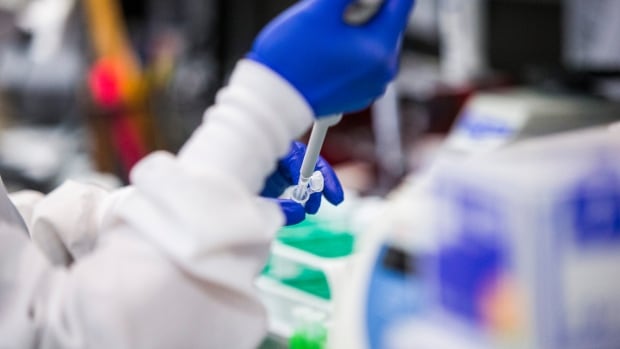 Manitoba First Nations continue to face a disproportionate impact from COVID-19, as officials say 691 cases were reported among First Nations people in the past week.

The five-day test positivity rate among First Nations people in Manitoba was double the provincial rate reported on Friday, said Dr. Marcia Anderson, another member of the response team, at 19 per cent for the First Nations population compared to 9.3 per cent provincewide.

There were 11 COVID-19 deaths among First Nations people in Manitoba in the past week, said Star, who also works with the pandemic response team, during a Facebook Live update on Friday.

There are 65 First Nations people in hospital for COVID-19, making up 49 per cent of all COVID-19 hospitalizations in the province.

“We’ve talked in the past about how we’ve been positioned to experience this pandemic, within the context of the long-standing inequities in housing [and] also in health care — lots of different factors that are creating these higher case numbers and impacts among First Nations people,” Anderson said Friday.

She added social gatherings, including funerals, have also been linked to outbreaks of cases, and urged people to follow public health advice.

Alex McDougall, executive director of the Four Arrows Regional Health Authority, said the Island Lakes area his organization serves doesn’t have the infrastructure it needs to serve its population during the pandemic.

The region is about 600 kilometres north of Winnipeg and home to about 15,000 people, including Garden Hill, Wasagamack, St. Theresa Point and Red Sucker Lake First Nations. As of Thursday, the area had about 300 active cases of COVID-19, McDougall said.

“And yet, a First Nation population of 15,000 — at this time and era — still don’t have the access to those critical infrastructure that every Manitoban and every Canadian enjoys and has relative access to.”

In addition to military support that has been deployed to some First Nations, the pandemic response co-ordination team  has rapid response teams deployed in five communities in the province, Anderson said. That’s stretched resources so that sending out more staff would be a challenge

Vaccine distribution continues among First Nations in the province, Anderson said. As of Friday, more than 95 per cent of communities — 63 in total — had received their first shipments of the Moderna vaccine.

However, numbers aren’t yet available for how many people in those areas have been immunized, she said, due to the time it takes to input data — especially in communities that can’t access online data tracking systems that rely on internet connection.

Anderson said the current plan is to stick as close as possible to the recommended 28-day window between first and second doses of the vaccine, but distribution delays could widen that window for some.

“Our plan has to be flexible and adapt to the shipping of doses first to Canada, and then on to Manitoba, and then out to our communities,” she said.