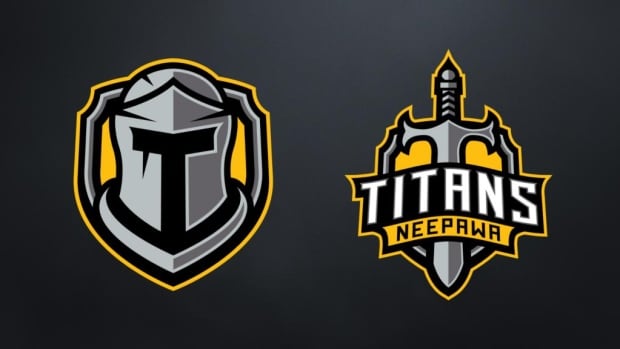 The Neepawa, Man., Manitoba Junior Hockey League team rebranded itself as the Titans, with a new logo and colours, announced at a news conference on Monday.

Head coach and general manager Ken Pearson said the new name reflects the economic prowess in the agricultural and industrial sectors of the southwestern Manitoba city, about 55 kilometres northeast of Brandon.

“We just felt that the name itself, being a Titan, being something big and large and successful, was something that kind of was the end for us to go with,” Pearson said in an interview with CBC Manitoba’s noon radio show, Radio Noon.

Initially, the team faced some resistance to the calls to drop the old name, but Pearson says he’s happy with the change.

“Obviously off the start, there was a lot of disgruntled fans and alumni,” he said.

“The team has been around with that name since the late ’60s … Obviously, change isn’t something that people really enjoy.”

Now that the new name and logo have been released, however, he says everyone is onboard.

“I grew up with this team … and I played for the club and coached back in the early ’90s as an assistant and to be able to be back here now and help with another transition to a new name, and a new era, I think it’s just outstanding.”

The announcement comes after another Manitoba hockey team in Morden changed its name, after previously using a slur for Indigenous people.

Pearson doesn’t know how much the name change will cost the team. Ordering new jerseys cost about $5,000, and other expenses like changing signs inside the arena, as well as stationery and websites, have yet to be determined.

New merchandise is expected to go up for sale in the coming days.