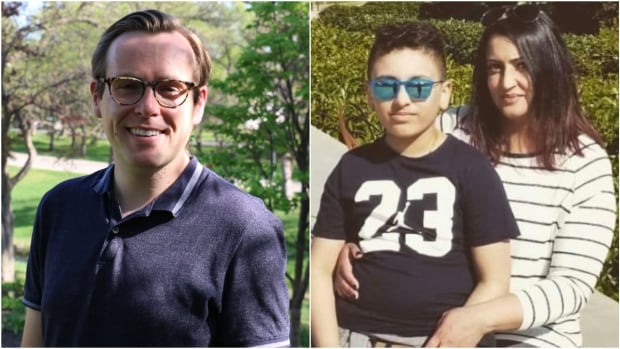 The tree-lined streets in the northwest Winnipeg neighbourhood are dotted with bungalows, their sloped roofs and front porches offering small reminders of the area’s mid-20th-century beginnings.

“They don’t build neighbourhoods like this anymore,” Guenther said.

A few minutes to the northwest, in Amber Trails, Kam Chahal sees community.

Where older developments in that corner of the city have sidewalks, the place where Chahal and her husband have spent more than a decade raising their son is criss-crossed with trails. Those paths lead to parks where you’re likely to find a soccer game or a cricket match underway.

It’s those gathering spots, and the growing families like her own who frequent them, that make the newer development feel like home, Chahal says.

“It just feels like a community. I can’t really explain into words exactly how, but everybody kind of just comes together,” she said.

In Garden City, the mature trees, older one-storey homes and sidewalks on nearly every street create the feel of an established community. In Amber Trails, the houses — mostly two-storey homes — are decades newer.

That contrast could be because dwelling preferences have changed in the time since Garden City was built, said Tyler Markowsky, economist for the City of Winnipeg.

In recent years, there’s been more interest in larger, single-detached homes than before, he said. That means new homes have generally gotten bigger, while the lots they’re on have gotten smaller.

“So if you go to a brand-new neighbourhood, the single-detached homes are really big with much smaller properties,” Markowsky said.

“If you go to an older neighbourhood, you’ll have a pretty big property and a relatively smaller, single-detached home.”

While the two neighbourhoods are within walking distance of each other, their histories are much further apart.

Garden City started to form in the 1950s and filled out in the decades following the post-Second World War baby boom.

But Amber Trails didn’t truly start to develop until the past decade or two — census data on the City of Winnipeg website shows fewer than 1,000 people lived there in 2001. Fifteen years later, that number had increased almost tenfold.

All that means the neighbourhoods are at very different points in their trajectory, said Jino Distasio, a professor of urban geography at the University of Winnipeg.

“Their stories over the next decade are going to be a little bit different,” Distasio said.

The areas have also been defined by immigration trends, including a shift from the European immigrants who settled in Garden City decades ago to the newcomers from countries in southeast Asia who now call Amber Trails home, he said.

From 2006 until 2016 (the most recent year for which census data is available), Statistics Canada says the number of immigrants from countries like the Philippines and India more than doubled in northwest Winnipeg.

Distasio said the task ahead now — much like when his own Italian-Canadian relatives settled in Garden City in the 1970s — will be to figure out what types of amenities, supports and services are needed to help the communities thrive.

That could range from a focus on improving old roads and houses in Garden City — where the population has declined as the area matures — to adding things like schools and activities for kids as new families continue to move into Amber Trails.

Guenther said his neighbourhood could use some improvements to things like active transportation routes.

But the connectivity in an older area like Garden City — where chances to bump into a neighbour abound, from the sidewalk outside your house to the restaurant down the street — is something he said feels special.

“[In newer neighbourhoods], it’s all about getting in your car, driving, going to their drive-thru, coming home. The garage door opens, you go in and you don’t connect to anybody,” he said.

And while Chahal does feel connected to her neighbours, she said it would be nice to have a place to meet nearby, like a convenience store or coffee shop.

“It’s a greater sense of community, you know, [when] you don’t have to really leave your area to go grab a coffee,” she said.

As Amber Trails continues writing its story — and as Garden City starts a new chapter of its own — what lies ahead for both neighbourhoods will rest on one thing, Distasio said.

“The culture of time creates a neighbourhood — not a subdivision planner, not an architect. They play a great role, but it’s really the residents that shape neighbourhoods, create culture, identity, sense of being, sense of place,” he said.

“Each of these places has their own way of showing the rest of the city what’s unique about this place.”

This story is part of CBC Manitoba’s On the Move community journalism project, which invites residents to shine a light on the stories we should tell about their communities. The first communities we’re featuring are three Winnipeg suburbs: northwest Winnipeg, Bridgwater Forest and Valley Gardens.