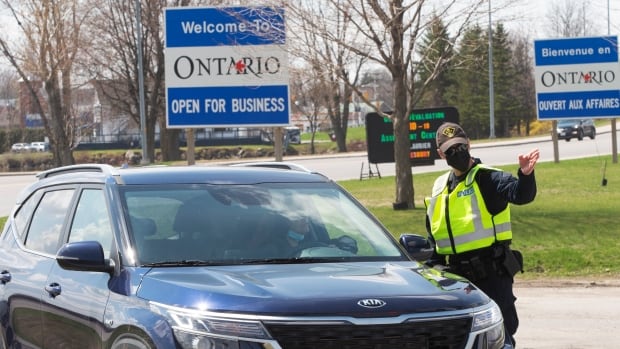 The Ontario government has announced that it has extended its ban on interprovincial travel until June 16 as part of its emergency measures implemented to slow the spread of COVID-19.

The ban, which applies to non-essential travel, affects Ontario’s land boundaries with Manitoba and Quebec.

In an email on Saturday, Stephen Warner, spokesperson for Ontario’s solicitor-general’s ministry, confirmed the extension, saying the order will remain in place until June 16 and it is being imposed in 14-day increments.

“We will communicate with the public prior to its termination,” Warner said in the email.

Under the ban, the government has restricted travel into Ontario from Manitoba and Quebec, with the exception of travel for the purposes such as work, health care services, transportation and delivery of goods and services or exercising Indigenous or treaty rights.

At the time that the order was imposed, Health Minister Christine Elliott said in a news release: “The rising spread of variants means we must take stronger measures to limit transmission and prevent our hospitals from being overwhelmed.

“As we continue to work to vaccinate those in the areas with the highest rates of transmission, everyone must adhere to public health measures and stay at home as much as possible to protect capacity in our health system and the health of thousands of Ontarians.”