Winnipeg police closed parts of a West End intersection for 10 hours Sunday to investigate an early-morning crash that sent one person to hospital.

The two-vehicle collision happened at Portage Avenue and Sherbrook Street at about 12:30 a.m., police say.

One person was taken to hospital in stable condition, police said.

Officers closed parts of the intersection, including westbound Portage Avenue, after being called to the scene. It was reopened nearly 10 hours later.

Members of the traffic division units are remaining on the scene to investigate.

WATCH | Collision in downtown Winnipeg sends one to hospital: 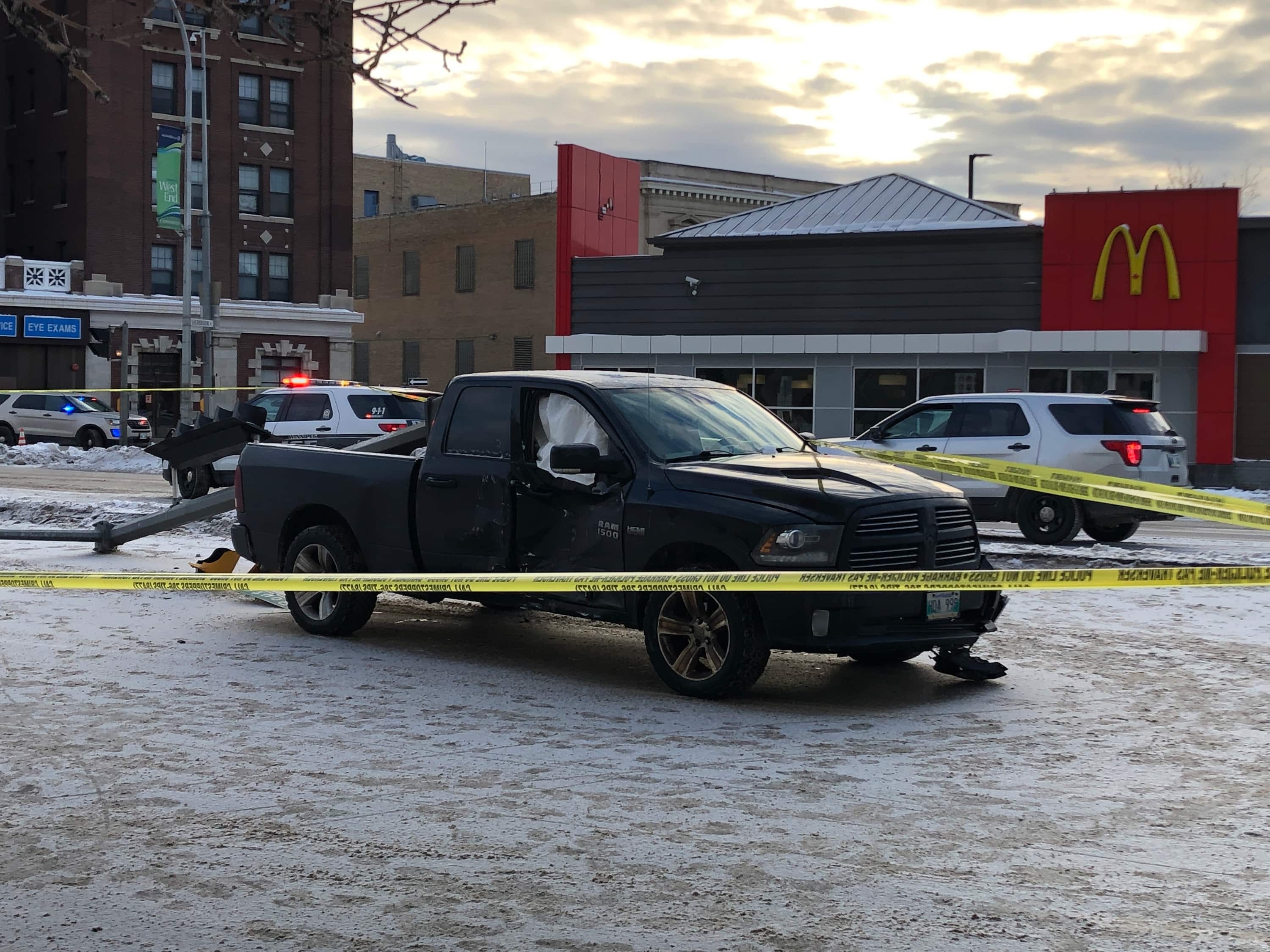 One person was taken to hospital following the crash. 0:59