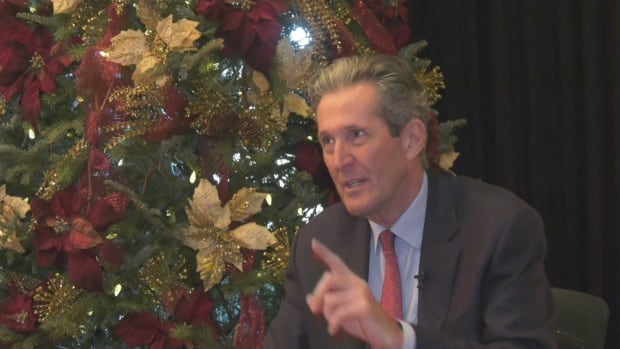 Premier Brian Pallister says Manitoba will “almost certainly” ease pandemic restrictions in the new year — but it’s unclear what pandemic measures will be eased and when.

The red-level restrictions imposed on the entire province are set to expire on Jan. 8.

They include a ban on indoor social gatherings with people you don’t live with, the limitation of restaurants to take-out and delivery service and the closure of places of worship, gyms, theatres, non-essential retail stores and other businesses.

On Wednesday, Pallister was asked whether the province will ease some of these restrictions during the first three months of 2021.

Pallister suggested the province could pull back on restrictions as long as Manitobans exercise the discipline to observe public health orders.

He suggested Manitobans displayed that discipline for “eight of the last 10 months” of the pandemic.

The premier said the province will float some ideas next week and seek feedback from the public.

One day earlier, the province’s acting deputy public health officer suggested some restrictions will be in place for many months.

“To be quite frank, I mean, I can’t see us getting out of all of our restrictions in the near future,” Dr. Jazz Atwal said on Tuesday.

“When we look at a vaccine program, when we look at how long that takes to vaccinate the bulk of Manitobans, it’s going to be months and months.”

All three metrics have decreased somewhat in recent weeks.

The five-day provincial test-positivity rate remains 12.6 per cent, which is more than four times what Roussin has described as a concerning level for community transmission.