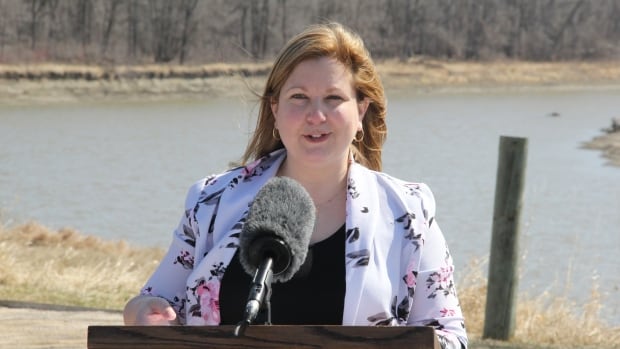 The provincial government has issued licences with new operational terms to Manitoba Hydro for two programs that critics say have devastated the environment and economy in parts of the north.

Manitoba Hydro’s Churchill River Diversion and Lake Winnipeg regulation projects both control water levels of the Nelson River. Created in the 1970s and renewed annually since 1986, both have been controversial when it comes to impacts on Indigenous communities.

On Thursday, following “decade-long” consultations with Indigenous communities, Conservation and Climate Minister Sarah Guillemard announced final licences were issued to Hydro that contain new terms and conditions in order for the Crown corporation to operate those programs.

The new licensing conditions reflect the concerns raised by Indigenous people, but Guillemard promises to continue being in dialogue with the impacted communities and “will not hesitate” to add further rules if needed in the future, she said in a statement issued to news media.

The province will also be taking steps to restore and enhance”wildlife, fish habitats and natural resources of communities, she added.

Moving forward, Hydro will have to report annually on its engagement with Indigenous communities on the continued operation of the Churchill River Diversion program and the Lake Winnipeg regulation project.

The Crown corporation will also have to participate in “large area planning initiatives,” led by the provincial government, that involve working with communities to “enhance” conservation and to identify potential areas for development that could bring jobs to communities, a news release says.

Hydro must also “expand and enhance” the existing Co-ordinated Aquatic Monitoring Program, which monitors the health of rivers and lakes that have been affected by its hydroelectric development.

The program should now also study shoreline erosion and shoreline wetland issues, monitor terrestrial and riverbank components and should include Indigenous participation and Indigenous traditional knowledge, the release says.

Hydro, when it comes to the Churchill River Diversion specifically, will have to work with the Manitoba government to study what can be done to improve the environment for fish downstream of the Missi control structure. Those may include habitat studies and investigations of “flow regime scenarios,” the release says.

The ministry of conservation and climate will also be reviewing the Environment Act and the Water Power Act in order to update both pieces of legislation, it says.

Manitoba Hydro is committed to working with “all groups” to mitigate the effects of hydroelectric development and looks forward to doing what’s required in the final licences, a spokesperson said in a statement to CBC News.