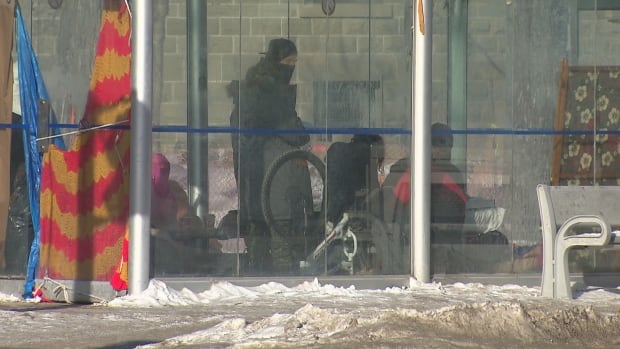 The Manitoba Non-Profit Housing Association is getting more than $2.5 million in provincial funding for projects to help Winnipeggers who are homeless, or at risk of becoming homeless, get stable housing and wraparound services.

The funding, announced by the province Tuesday, will go toward providing stable housing and services for 250 individuals. Those services could include addictions treatment, mental health treatment, emergency meal services, reconnections to family and other social supports, and referrals for education upgrades or employment.

“This will support these vulnerable Manitobans in maintaining their tenancy, and empower them to achieve their goals,” Families Minister Rochelle Squires said.

“It’s about meeting people where they’re at and determining what kinds of supports they need and making sure they receive them.”

The funding will be allocated to organizations in Winnipeg over the next two years.

The Manitoba Non-Profit Housing Association — which represents over 100 non-profit housing providers — will select and oversee proposals from organizations that can deliver support services for tenants who were recently homeless, battling addictions or were in a domestic violence situation.

These supports are crucial because many people will cycle in and out of homelessness because they don’t have the supports they need to address the issues that led them to become homeless and to maintain their tenancy, said Christina Maes Nino, executive director of the Manitoba Non-Profit Housing Association. In some cases, they might not even know those supports are available, she said.

For example, she’s worked with people who were living in non-profit housing who only had a sleeping bag because they didn’t know they could access furniture through different programs in the city, she said.

“I’ve heard stories of property managers spending evenings helping tenants move furniture away from the walls so that they could have pest control come in because that tenant didn’t have anyone who could help them and the property manager didn’t want to have to evict them,” she said.

“This initiative is the first time that the nonprofit housing sector will be able to create solutions tailored to them and allow them to provide flexible and diverse supports for people that they need to thrive in their housing.”

Maes Nino said the Manitoba Non-Profit Housing Association will be working with different organizations in the city to identify people who are experiencing homelessness and identify folks who would be a good fit for the for the program.

Squires also announced that Manitoba Housing plans to immediately house 50 individuals or families who are homeless, or at risk of becoming homeless, at units it has made available.

That will be done in partnership with agencies such as Siloam Mission and the Salvation Army, she said.