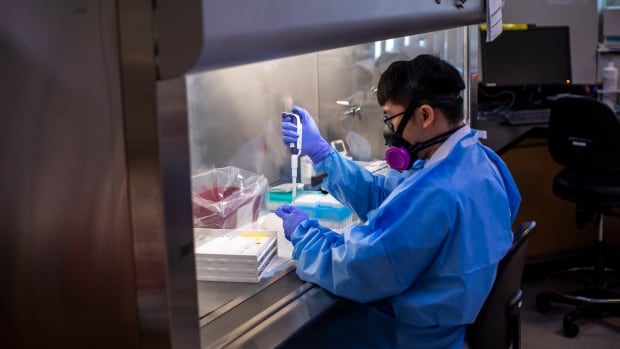 People in Winnipeg might have been exposed to a highly contagious coronavirus variant last weekend, the province says in a news release.

The possible public exposures to a probable case of the B117 variant first identified in the U.K. happened on the following days at these locations:

The latest deaths, which bring Manitoba’s total to 911, included two women from the Winnipeg health region: one in her 60s and one in her 90s. The latter was linked to the COVID-19 outbreak at the Actionmarguerite St. Boniface personal care home.

A man in his 70s from the Northern Health Region has also died after contracting COVID-19, the release says.

Manitoba’s five-day test positivity rate dropped slightly to 3.7 per cent, down from 3.8. In Winnipeg, that rate also dropped to 2.7 per cent, from 2.9.

There are now 156 COVID-19 patients in hospital, down by six from Wednesday. Twenty-two of those people are in intensive care, up by one.

Three previously announced cases were removed from Manitoba’s total due to data correction, bringing the province’s total to 32,509.

Of those, 30,394 people have been deemed recovered and 1,204 cases are still considered active, though health officials have said that number may be inflated by a data entry backlog.

Previously declared outbreaks in Winnipeg at St. Boniface Hospital’s A5 unit and Seven Oaks General Hospital’s 3U1-1 unit are both over, the release says.

There were 2,116 COVID-19 tests done in Manitoba on Wednesday, bringing the total number of swabs completed in the province since early February 2020 to 544,042.