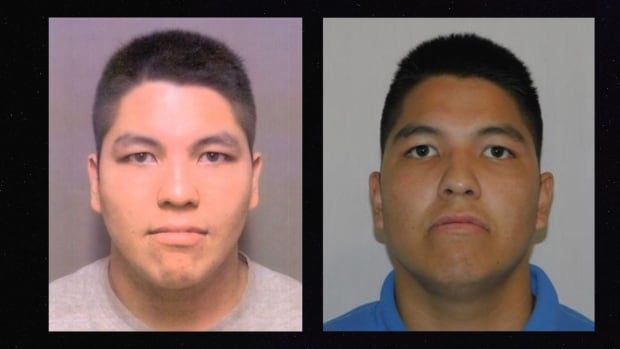 Correctional Services of Canada is warning that an inmate from Stony Mountain Institution, a federal correctional facility just north of Winnipeg, has escaped.

During the 7:30 p.m. headcount, Owen Spence, an inmate in the minimum security area of Stony Mountain prison, was missing, CSC said in a news release Sunday night.

CSC contacted the RCMP detachment in Stonewall, Man., a community about 25 kilometres northwest of Winnipeg, and a warrant for Spence’s arrest has been issued, the release said.

Manitoba RCMP sent out a tweet shortly before 10:30 p.m. Sunday, saying they believe Spence is heading toward Brandon, Man.

Stonewall <a href=”https://twitter.com/hashtag/rcmpmb?src=hash&amp;ref_src=twsrc%5Etfw”>#rcmpmb</a> &amp; <a href=”https://twitter.com/CSC_SCC_en?ref_src=twsrc%5Etfw”>@CSC_SCC_en</a> searching for an escaped inmate from the minimum security unit at Stony Mountain Institution who was noticed missing this evening at the 7pm headcount. 25yo Owen Spence has a history of violence. Do not approach. Call police immediately if seen.

The correctional agency said he in prison for two counts of uttering threats to cause death or harm, and one count each of failing to comply with conditions of undertaking or recognizance, unauthorised possession of a prohibited or restricted weapon, contravention of storage regulations, careless use or storage of a firearm, possession of a weapon for a dangerous purpose, and uttering threat to destroy property.

Spence has a history of violence and shouldn’t be approached, police said.

Instead, anyone who has information about his whereabouts should call police at 204-986-6222.

CSC is working with police to find Spence and has given them all the information available to help arrest him, the release says.

CSC said it will investigate how Spence escaped.