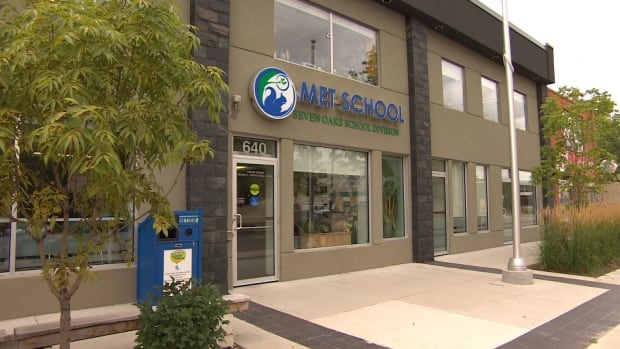 A new metropolitan school campus that will allow dozens more high school students to get real-word experience in fields they’re passionate about is coming to Winnipeg’s Exchange District.

The Seven Oaks School Division opened its first Met School in the Garden City area in 2009, then opened a second in the Maples area in 2016. They were the only two in Manitoba, but demand for the programs have been so high that the school division will be opening a third.

“Both [Met Schools] are jammed with kids, which is amazing,” said Matt Henderson, Seven Oaks School Division assistant superintendent of curriculum and programming.

The new campus Seven Oaks plans on opening will be located somewhere in Winnipeg’s Exchange District, and will be a satellite campus for West Kildonan Collegiate, a high school near the Rivergrove neighbourhood.

The exact location is yet to be determined, but it would be near what is called Innovation Alley in the west part of the Exchange, said Henderson.

The school division wanted it in that area because that would allow the division to create its own little hub in there, as many students already attend the Exchange through Met School internships and Seven Oaks’ Tech Hub program, he said.

There are Metropolitan — or Met — schools throughout the world. The schools in Winnipeg give Grade 9 to Grade 12 students the opportunity to take their classroom teachings and apply them in the real world — in fields they have a passion for. Students could choose any subject, such as art, technology or physics.

Students are then paired up with a professional in their field of choice and spend two days per week working as an intern. The other three days are spent in class.

“The program is really about the schooling, and allowing time and space for students to tackle significant questions,” said Henderson, who was once a principal of one of the Met Schools in Winnipeg.

There are also more subtle differences between the Met Schools and the everyday school. The two Met Schools currently in Winnipeg each have about 130 kids each, which allows for a better adult-to-student ratio, said Henderson.

If a student is working on their internship and suddenly realize they need to consult an expert, their advisor can say, “Hey, get in the car. Let’s go,” he said.

The new campus will start small, with about 25 students, but will grow to the same size as the other schools, he added.

So far, the Met School program has had positive results. A recent report highlighted that they prepare students well for post-secondary education and jobs, while Henderson sees the students interact more confidently around adults, he said.