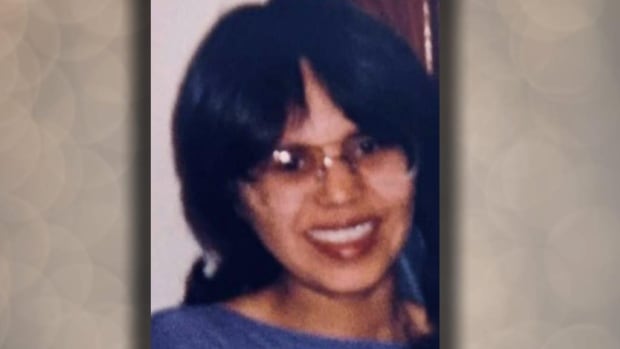 The sister of a Manitoba woman missing for 21 years still believes she’s out there somewhere and will be found.

“There are many of us that are still searching, and we’ve never given up,” Glenice Smith-Mini said about her sister, Mary Lisa Smith.

Smith was days away from turning 26 when she vanished in 1999, sometime between Aug. 8 and Aug. 17 (her birthday). Smith-Mini isn’t positive of the date because it was so long ago.

The Manitoba First Nations Police Service, which is investigating the case and reissued a plea for information on Tuesday, said the last reported sighting was Aug. 8, around Manitoba Avenue and Easton Drive in Selkirk.

Smith-Mini said that was shortly after her sister had discharged herself from the mental health centre in Selkirk. Smith made her way to Winnipeg and was staying with Smith-Mini’s daughter on Thames Avenue, she said.

It was during that time in Elmwood that she was seen getting into a black, four-door sedan. She told Smith-Mini’s daughter that she would be back in an hour.

She never came back.

Manitoba First Nations police Det. Nicki Rossi said there has been no evidence to suggest foul play in Smith’s disappearance.

“We’re still in the hope that she’s out there,” Rossi said.

“That’s why we want to get it out into the public again, and hopefully that’ll get some people thinking again … and [someone] might have some information that could lead us in our investigation to hopefully finding her.”

It was uncommon for the mother of four, from Roseau River First Nation, to not have contact with her family, Smith-Mini said.

“She had three sons and a daughter. She loved her children,” Smith-Mini said. “She was a beautiful lady.”

Smith had schizophrenia and required medication, and might also have been still suffering head trauma from an assault in 1995, the police service said.

In the earlier days of the investigation, police received reports Smith possibly went to the Vancouver area, but that has never been confirmed, MFNPS said.

She was described, at the time of her disappearance, as four feet, 10 inches, and about 90 to 95 pounds. She had shoulder-length brown hair, brown eyes, and was known to wear glasses.

Smith also had a number of tattoos, including a unicorn tattoo on her left hand, a flower — poinsettia or orchid — on her right hand, and a heart on her upper right arm.