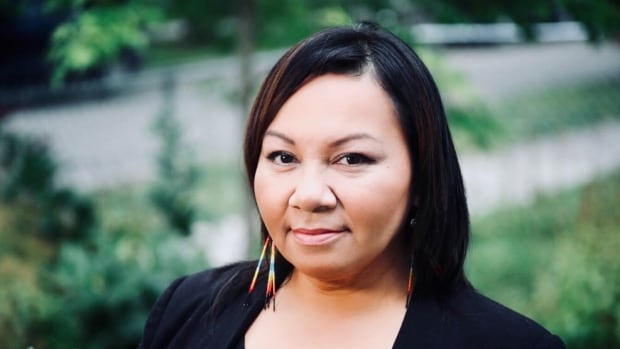 “It would be a tremendous honour,” she said on Thursday.

“It’s a good time for women to get back into leadership roles that they were part of many generations ago in a big way, and so I’m happy to be part of the movement.”

As far as she’s aware, the Assembly of Manitoba Chiefs has never been led by a woman.

This year’s election is set for July 14, after being postponed last summer because of the COVID-19 pandemic. That decision extended current AMC Grand Chief Arlen Dumas’s three-year term by another year.

The assembly said in a news release at the time that its executive council of chiefs came to the decision after finding the organization’s constitution didn’t have provisions for a virtual election.

On Friday morning, an AMC spokesperson said this year’s two-day gathering will begin on July 13, with voting for both its grand chief and the Assembly of First Nations regional chief position happening on July 14.

Other details, including the location and voting method, will be confirmed later.

The spokesperson for the organization could not say whether Dumas will run for re-election.

She did not seek re-election after her term expired, choosing instead to run for the national chief position at the Assembly of First Nations. The former journalist placed second among five candidates, losing to incumbent Chief Perry Bellegarde.

North hopes to use the position to address a lack of access to elder care, mental health resources and other health-care services on First Nations across Manitoba — issues that have been exacerbated by the pandemic.

“I think it’s highlighted a lot of the disparities that we already knew of, and I think we have a lot more work to do, unfortunately, to advocate for the things that our people need.”

North, who lives in Winnipeg, is originally from Bunibonibee Cree Nation, a community also known as Oxford House, about 575 kilometres north of Manitoba’s capital.

She wants to bring First Nations students and entrepreneurs greater access to education and business opportunities, particularly in northern Manitoba, she said.

“We have huge economic power among First Nations,” she said.

“We have to be able to support that even further, so more participation can happen and also growth can happen — not just within First Nations but, of course, [across] our province.”

North’s election platform will reflect issues brought to her by chiefs across Manitoba, including a need for unity between the organization and the First Nations it represents, she said.

“I want to be able to stand with communities on the things that they know that they need,” she said.

That includes strengthening the organization’s relationship with the provincial and federal governments, and making sure First Nations in Manitoba are involved in making decisions that affect them.

“They don’t feel included or part of the process, or they’re included after the fact,” she said, “and that’s not respectful.

“That’s one of the things that I really like to do, is building relationships and building bridges between people, between groups, and creating a better level of understanding so we can get to a better place, not just for Indigenous people, but for all of us.”