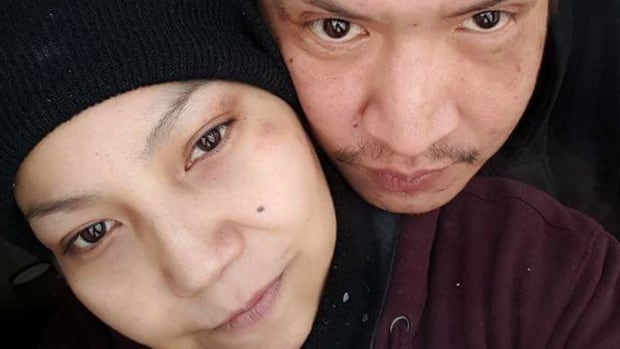 A man from St. Theresa Point has been sentenced to 18 years in prison for manslaughter in the death of his wife.

Jonathan Wood was sentenced Tuesday in Manitoba Court of Queen’s Bench for the 2018 death of his wife, 35-year-old Kathleen Wood.

She died after what the judge called a “merciless” beating at a house party in St. Theresa Point First Nation, about 500 kilometres northeast of Winnipeg.

Justice Chris Martin imposed the 18-year sentence minus credit for time in custody since Wood’s arrest, which will mean a sentence of 13½ years going forward. Wood was also given a lifetime ban on owning or possessing any weapon.

In his written decision dated Jan. 12, Martin said the death was the fallout of a domestic relationship affected by “poverty, isolation, alcoholism, past violence by a husband against his wife, and court orders designed to keep a husband away from his wife.”

The decision notes Wood previously had four convictions for assaulting his wife before being convicted of manslaughter last March.

“The context of the killing starkly personifies the plight of many Indigenous families struggling with the lingering effects of Canada’s historical treatment of its First Peoples and the seeming inability, or neglect, to meaningfully repair the damage with a sense of urgency,” Martin wrote.

“In the end, a mother is dead, a family is broken apart, and a father will lose his freedom.”

On the night Kathleen died, people were consuming a potent homebrew alcohol known as “super juice,” as well as smoking marijuana and snorting crushed Percocets, the decision says.

At the sentencing hearing, Wood had explained he knows alcohol is his “demon,” and that he has tried to deal with it over the years, the decision says, noting that help “was not readily available.”

The beating Kathleen suffered by her husband injured her head, torso, extremities and organs. There were numerous broken bones including her jaw, collarbone, her left wrist, and all of her ribs, among other injuries.

The sentencing decision notes the community where Wood is from is impacted by the effects of colonialism, such as unemployment, poverty, overcrowding and substance abuse.

Domestic violence is very prevalent and is always on the court docket, the decision says.

“It is insidious. It directly and deeply damages intimate partner victims and the family children, and indirectly scars multi-generations of families and the community as a whole,” it says.

Justice Martin noted that while there are some services and counsellors focused on anger management and substance abuse, “there is no real ability to deal with domestic violence and no specific services or facilities to help victims, or their batterers, in the Island Lake group of First Nations.”

“As a society, we do not have firm answers to reduce domestic violence and spousal homicide, particularly within Indigenous communities like St. Theresa Point First Nation,” Martin wrote.

“It remains a menace of bleak yet glaring proportions.”