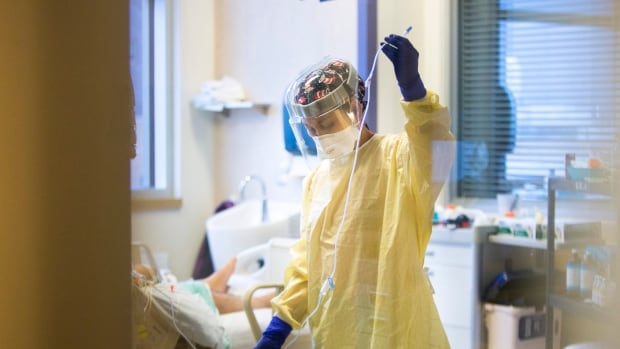 Statistics Canada has painted a picture of the complete death toll during the first year of the pandemic, but the image in Manitoba remains fuzzy because the province is behind on the count.

In a report published Monday, StatsCan found 18,511 more Canadians died than demographers expected from the start of the pandemic in March 2020 to early March 2021.

That worked out to excess mortality rate of 6.7 per cent for the first year of the pandemic, nationwide.

These excess deaths are not simply due to more people dying from COVID-19, the agency concluded after accounting for factors such as aging.

“Beyond deaths attributed to the disease itself, the pandemic could also have indirect consequences that increase or decrease the number of deaths as a result of various factors, including delayed medical procedures, increased substance use, or declines in deaths attributable to other causes, such as influenza,” Statistics Canada said in the report.

“There is evidence of excess mortality when weekly deaths are consistently higher than the expected number, but especially when they exceed the range of what would be expected over consecutive weeks.”

But this phenomenon cannot be discerned in Manitoba, as it’s among several provinces that were unable to keep track of deaths for the entire first year of the pandemic.

Vital Statistics has not even finished tallying up 2020 deaths, Manitoba Finance confirmed.

It is up to the provinces to report deaths to Statistics Canada. Not all of them have been able to stay up-to-date during the pandemic, the federal agency said.

“For some of the more recent weeks, insufficient data have been reported by some provinces and territories to produce adequate estimates of adjusted and excess mortality,” Statistics Canada said in a statement on May 26.

Manitoba’s death statistics are only complete for the first nine months of the pandemic. From March 2020 to the week of Dec. 7, 429 more Manitobans died than Statistics Canada expected.

That works out to an excess mortality rate of 5.1 per cent during the first nine months of the pandemic.

Manitoba Finance said in a statement that Vital Statistics should complete 2020 death registrations by the middle of June 2021. In previous years, those figures were complete in March.

It hopes to catch up on the task in time to register 2021 deaths on time in March 2022, Manitoba Finance said.

On June 1, Finance Minister Scott Fielding said there are 9.5 vacancies in Vital Statistics and pledged to hire staff and students in the coming weeks and months.

He said the province is also renovating Vital Statistics and improving information technology in an effort to reduce delays in registering deaths, births and marriages.

“Officials are ensuring there are improvements in areas,” Fielding told a supply committee meeting at the Manitoba Legislature.

“The public sharing of data helps to support public health. The more information Manitobans and Canadians have, the more they’re empowered to do their part to fight COVID,”  Kinew said in statement.

“We need a government that’s committed to transparency and invests in information sharing that can help all Manitobans.”