Just about anyone in Manitoba who had clear skies over their heads Saturday night could have seen a stunning northern lights show over the weekend.

Justin Anderson is one of the founders of the Manitoba Aurora and Astronomy Facebook page, and he says photos flooded in from Churchill in the north down to the U.S. border.

“The colours were incredible,” he said in an interview with host Samantha Samson on CBC Manitoba’s afternoon radio show, Up to Speed.

“The pillars that it was causing were really, really bright to the naked eye. Inside those pillars, it was a very purple, green, and a little red in there as well. 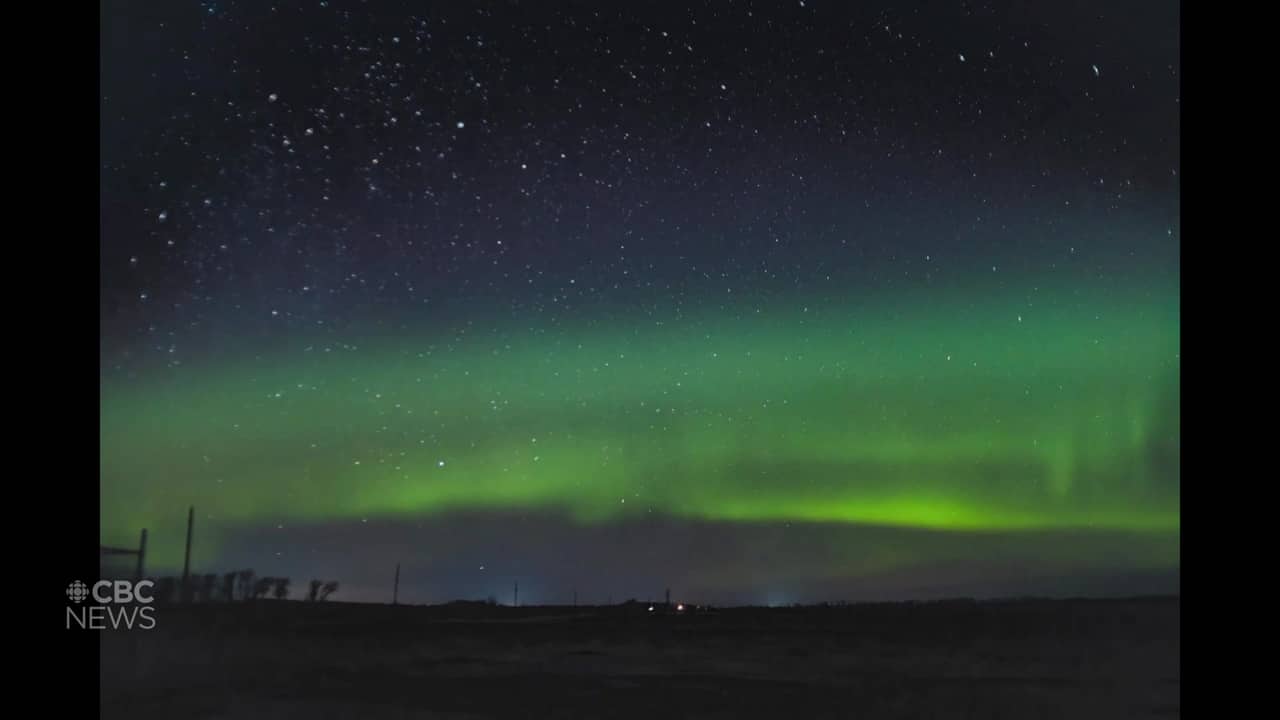 The aurora borealis appeared in the sky north of the community of Marquette in southern Manitoba on Saturday, Feb. 6, 2021. Video by Anthony Urso. 0:18

As an amateur astronomer and photographer with a passion the aurora borealis, Anderson has seen his fair share of light displays. This past weekend ranks in his top five, he said.

“It was a huge arc across the sky as well. It was about 45 degrees up, so pretty high up into the night sky, and it was across the entire northern horizon.”

Monday night is expected to be another good one, he said.

Anderson, who lives in Brandon, helps the Facebook page as part of a team of aurora chasers from across the province, including Ryan Lucenkiw in Winnipeg, Justin Oertel in Brandon, Donna Lach in Plumas, and Ashley Park in Churchill.

The aurora borealis results from the collision between fast-moving particles from the sun and low-pressure gases in Earth’s upper atmosphere, according to Environment Canada.

The crew obsessively check solar weather, watching for activity on the face of the sun. When the conditions look promising, they’ll post to the group and alert everyone else where they plan to be.

“Pretty much all day, every day, I’m watching that weather to make sure if there’s any chances, I’ll stay on top of it,” Anderson said. 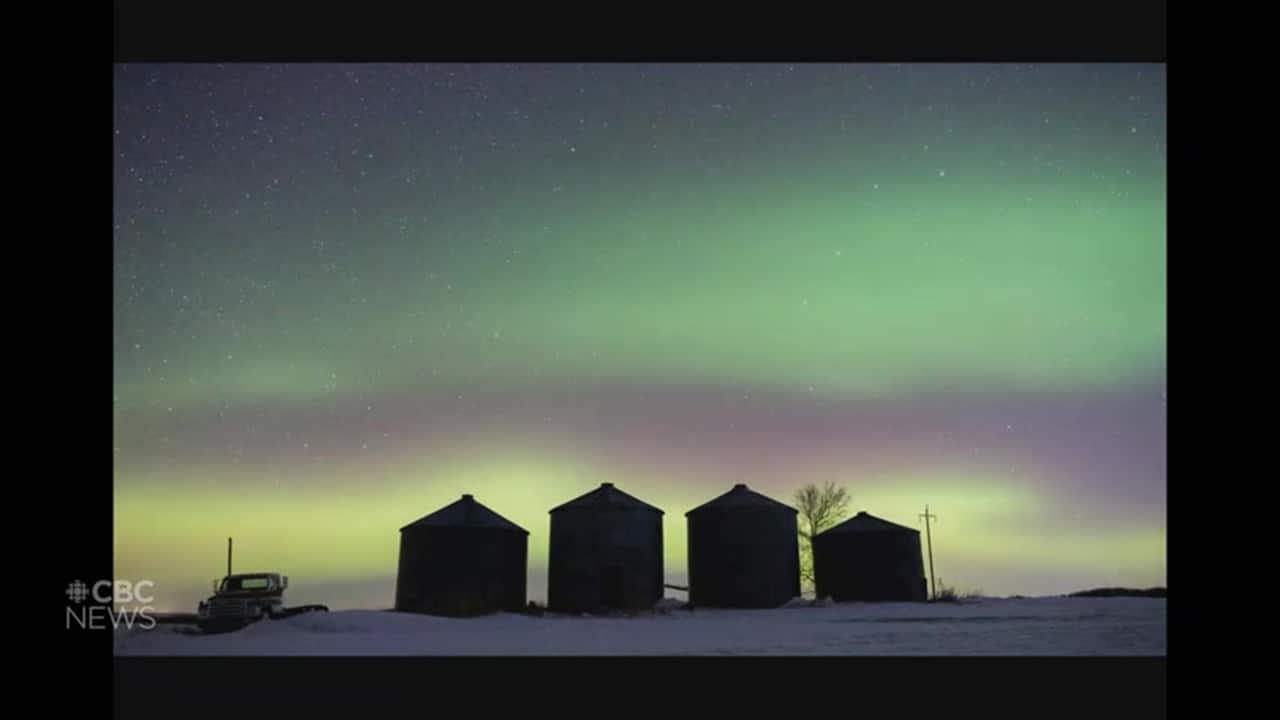 Watch this stunning time-lapse video of the northern lights near Alexander, Man. on Saturday, Feb. 6, 2021. Video by Justin Anderson. 0:12

The Facebook group includes a number of new Canadians, many of whom have never seen the northern lights before. Anderson said he recently met someone who chose to settle in Manitoba strictly to see the aurora.

“They could have chose anywhere, and they picked Manitoba for the northern lights,” he said.

The best time to see the aurora is usually around midnight, because that is when they come farthest south, but they could be at their strongest at any time, from the evening to the early morning, Anderson said.