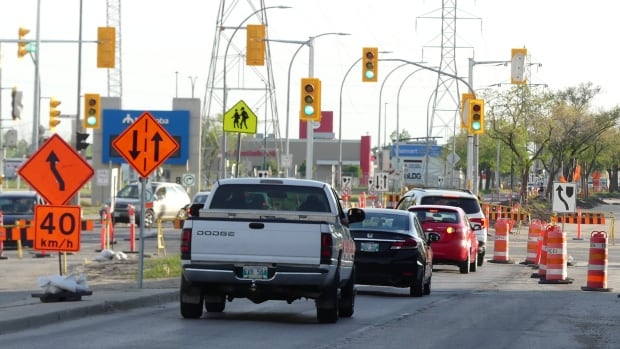 A street passing through Winnipeg’s Grant Park and River Heights areas has been named the worst road in Manitoba by the Canadian Automobile Association.

The CAA, a national non-profit that advocates for issues such as road safety infrastructure while offering services like roadside assistance, collects votes every year to tabulate what are the worst 10 roads in each region.

Taylor Avenue, which runs from Pembina Highway to Shaftesbury Boulevard in Winnipeg, was voted the worst road in Manitoba in its debut on CAA Manitoba’s top-10 worst roads list, according to a news release that cites the street’s potholes and “crumbling infrastructure.”

Nearly 3,000 votes were cast in this year’s campaign and 421 roads, from 55 municipalities in Manitoba, were nominated, the release says.

About 10 per cent of voters were cyclists and pedestrians, it adds.