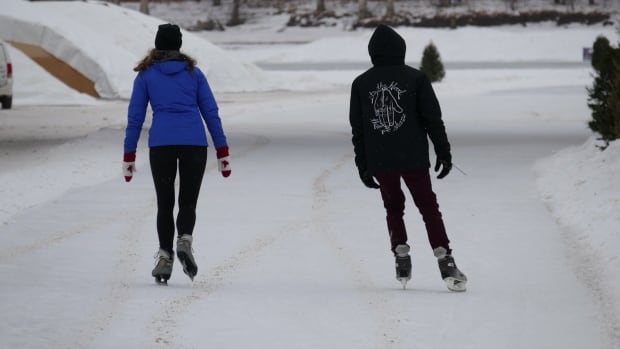 Say see you later Winnipeg skaters — the river trail is closed as of Tuesday.

The Centennial River Trail, the outdoor skating trails on the Assiniboine and Red rivers named in honour of the Winnipeg Foundation’s 100th anniversary, will officially close as of March 2, The Forks announced on social media.

“We will miss all of the Warming Huts and Windsocks on The Winnipeg Foundation Centennial River Trail,” The Forks said in a Facebook post.

The skating rink at the port at The Forks opened Dec. 31, 2020. But unseasonable warmth delayed the official opening of the river trail until Jan. 12.

The river trail’s 2021 run lasted about seven weeks — cut short by recent mild temperatures in Winnipeg and more in the forecast.