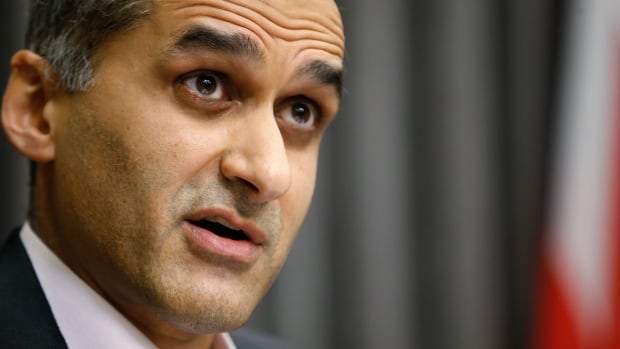 A daily case tally below 200 and Manitoba’s lowest test positivity rate since early November made for another “encouraging” COVID-19 update on Wednesday, but the province isn’t in the clear yet, the acting deputy chief public health officer says.

“The actions taken by Manitobans [are] making a difference. However, it is too early to start a victory lap,” Dr. Jazz Atwal said at a news conference.

Atwal announced 158 new COVID-19 cases and five more deaths on Wednesday and cautioned against Manitobans letting their guards down amid lower case counts.

“If we let up now, all the hard work for the past several weeks could be for nothing,” Atwal said. “We could be back to where we started in November.”

The province’s daily new case tallies have been hovering near or below 200 for the past week, after months of much higher daily case numbers.

Wednesday’s update also included a surge in new COVID-19 cases in northern Manitoba, which made up nearly half that day’s tally.

Some communities in the region have been hit especially hard, including Lynn Lake, which had 37 of Manitoba’s new cases on Wednesday, and Thompson, which had 14, Atwal said.

A man in his 50s from the Northern Health Region is among the province’s latest deaths, which bring Manitoba’s total fatalities to 753.

There are now 289 COVID-19 patients in hospital in Manitoba, including 36 in intensive care.

As of Tuesday, 12,409 doses of COVID-19 vaccine had been given in Manitoba, according to another provincial news release.

Three previously announced cases were removed from Manitoba’s total on Wednesday because of a data correction, the daily news release says, bringing the number of infections detected in the province to 26,695.

There were 1,778 COVID-19 tests completed in Manitoba on Tuesday, bringing the total number of swabs done in the province to 443,683 since early February 2020, the release says.

Public places where there were possible COVID-19 exposures in Manitoba are listed by region on the province’s website.

To date, 23,014 people in Manitoba have recovered from COVID-19 and 2,928 are still considered active, though health officials have said in the past that number is inflated because of a data entry backlog.